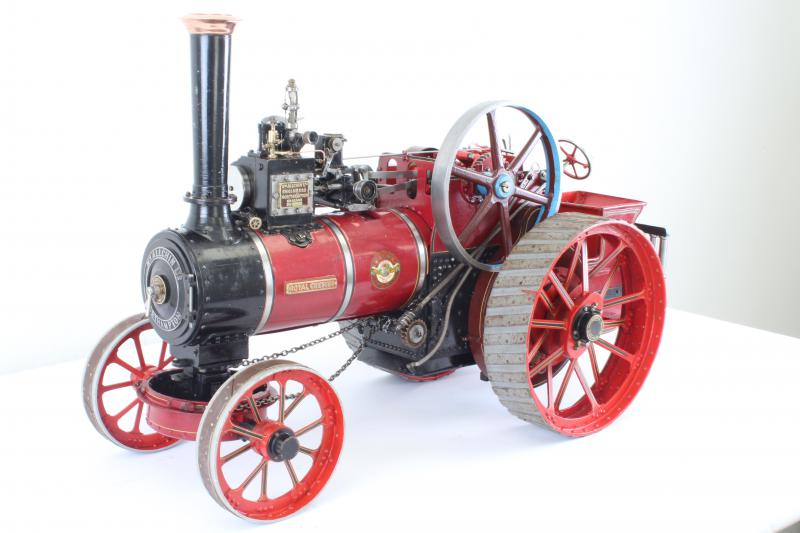 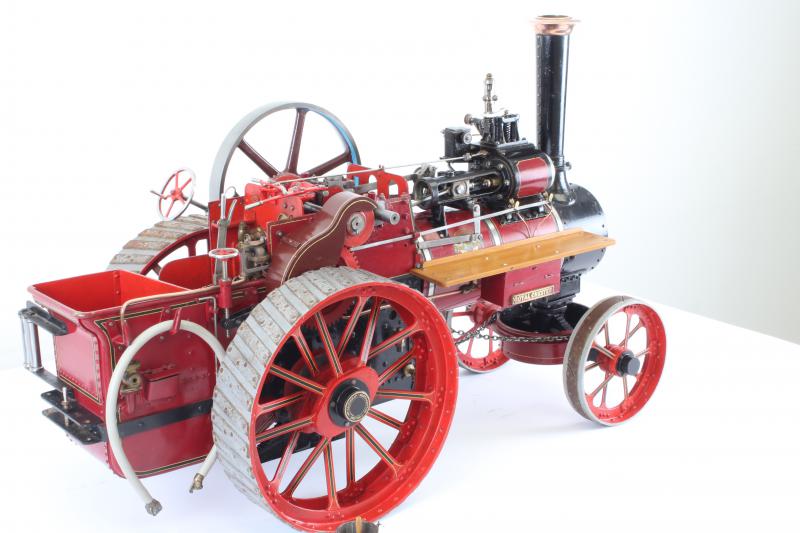 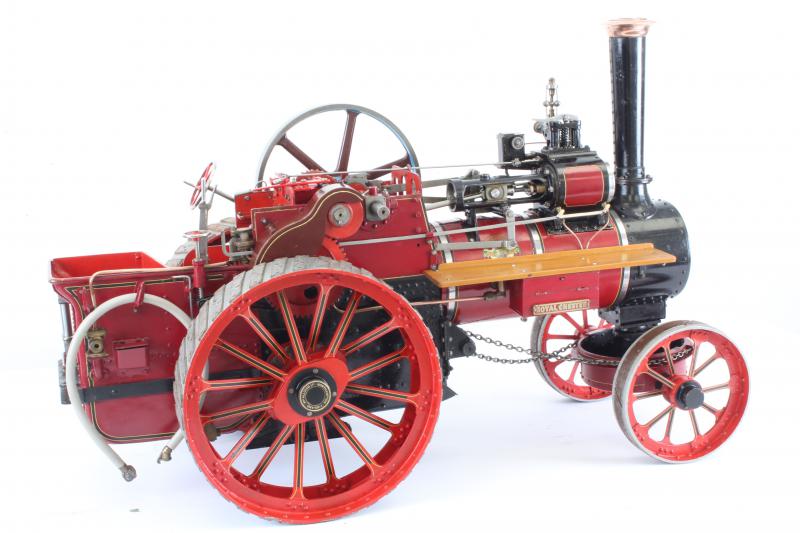 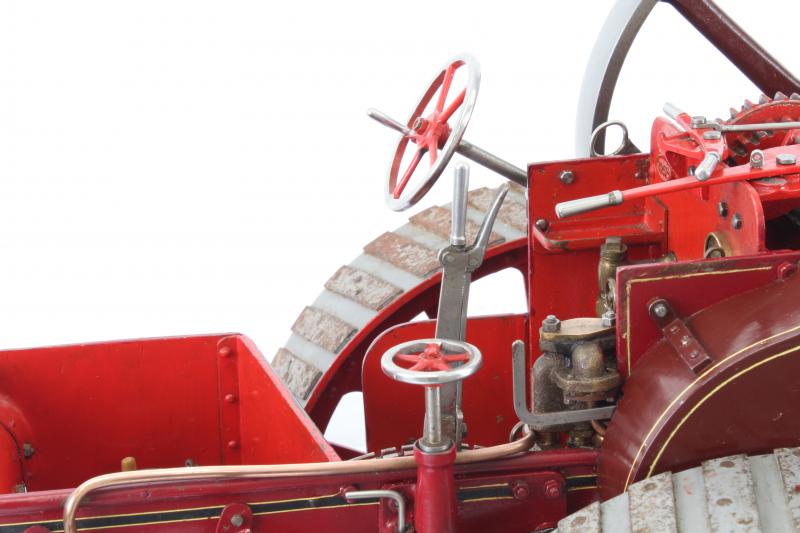 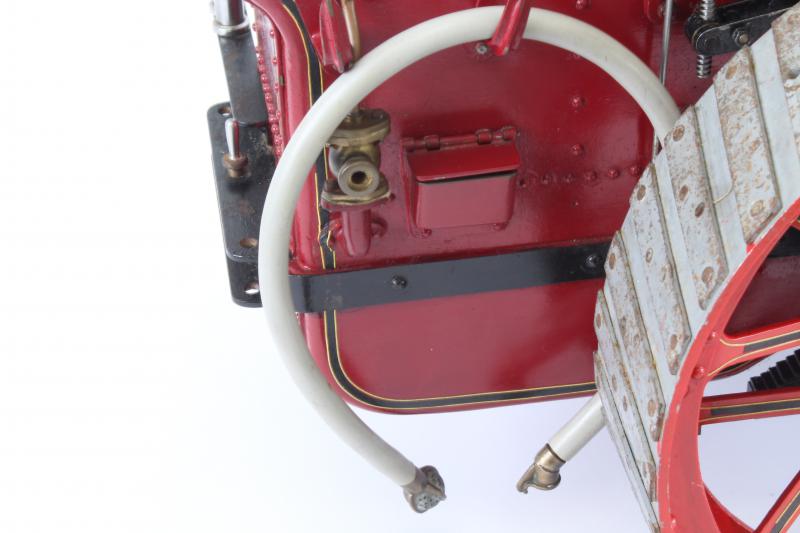 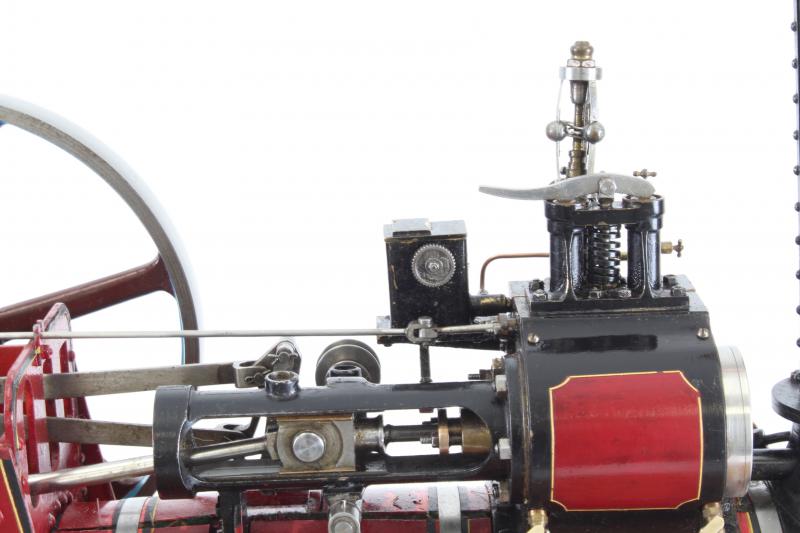 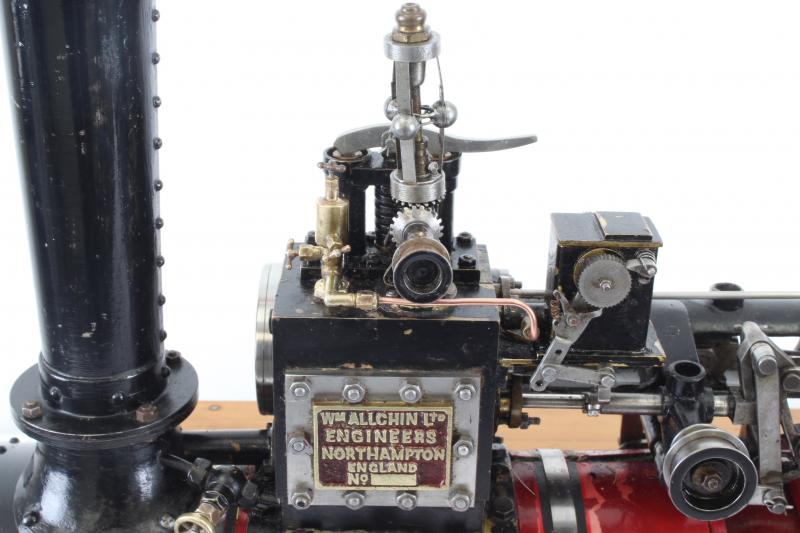 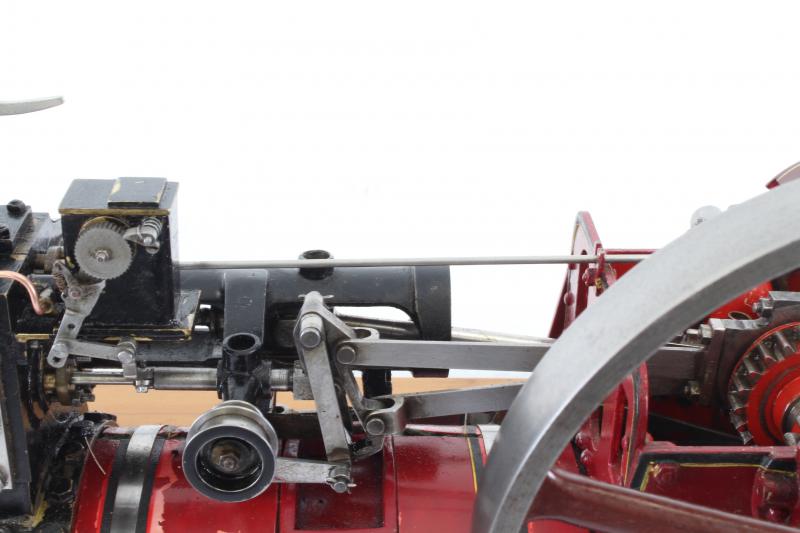 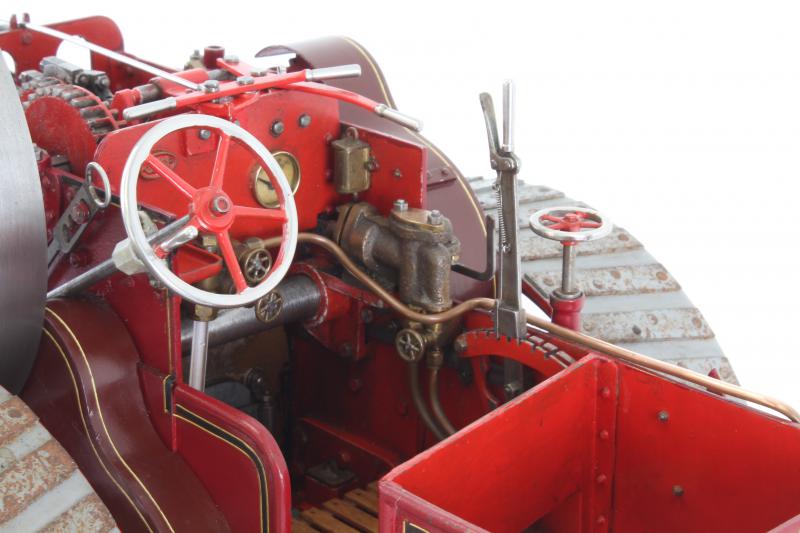 A well made 1 1/2 inch scale Allchin agricultural engine to the popular 1950s design by Bill Hughes, the result of him spending several days crawling all over the original engine with a tape measure and notepad.

The engine appears not to have been steamed in several years, it requires minor work for recommissioning including attention to a seized regulator and several leaky fittings.

Boiler had had a twice working pressure hydraulic test with certificate issued for same, the engine runs well on air.

Complete with a beautifully made bucket and coal hammer.