Original plans on moving back up to Lincolnshire in Autumn of 2004 was to work from the fairly capacious outbuildings and stables at the new house. We quickly got an office up and running, a decent sized store room racked out and pressed the stables into service as workshops for the larger models. Best laid plans and all that, but six months after arriving here I couldn't move for engines, at one point the stables contained three four inch scale traction engines (including a Showmans weighing in at nearly a ton) and half a dozen big 7 1/4 narrow gauge engines (including my Tinkerbell). It was a bit of a relief when a unit came available to rent on a nearby industrial estate - it also allowed me to get the bigger machine tools out of storage. This was ok for a couple of months, although when the unit next door came available I rented that as well, just to be on the safe side.

By the end of last summer, I was well settled in with all the electric, plumbing and alarmage I needed - I thought I would be there for the long term (although things were looking a little cramped at times) when everything was thrown up in the air again when a notice went up on a complete block of units across the way on the same estate. 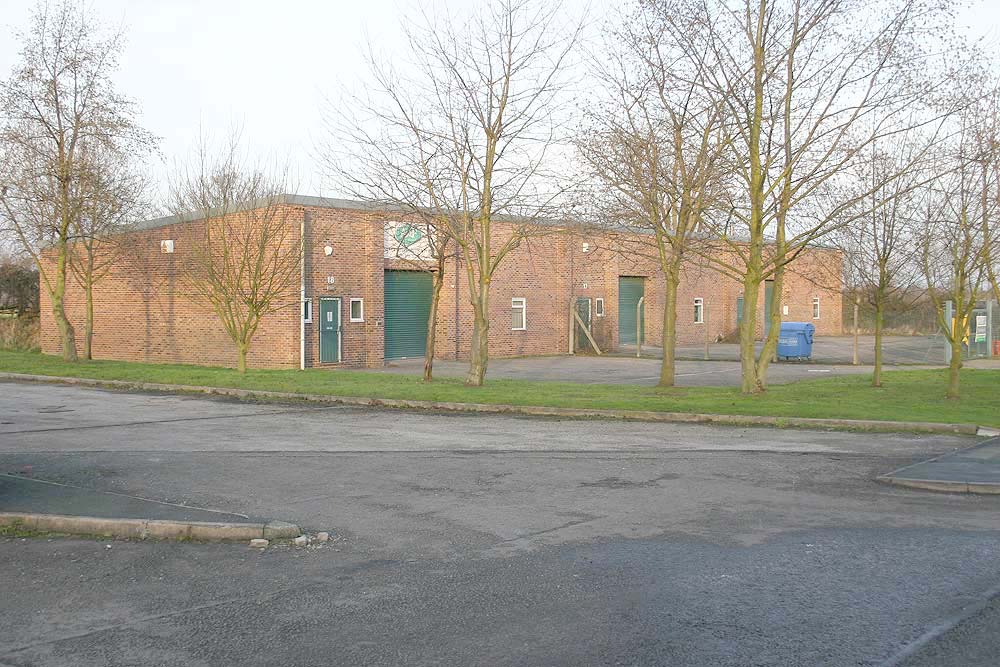 The company that had been renting them had left in somewhat of a hurry and the council, who owned them, somewhat unexpectedly took the decision to sell rather than try to find new tenants. Now this block is 6000 square feet, three times the size of the current units with, best of all, a large fenced compound at one end (I could already see it in my mind's eye stuffed with little old two foot gauge locomotive repatriated from far-flung parts of the world, possibly the odd pair of ploughing engines which I've never had room for until now...).

Really, the last thing I was looking for was yet another move - the sheer hard work of getting all the machinery and engines moved and fitting out a bare workshop was still a recent (painful) memory - however, the chance to buy was too good to pass up. The units had been put up for sale on a sealed bid basis by the council - after buying a steamroller this way (again from a council) fifteen years ago, I vowed I'd never do it again - it's a fraught process in the extreme. Renouncing the vow, we set to and came up with a price which, by good fortune, was enough to have clinched the deal.

The move is next week (Monday 16th January) - the actual physical transportation of everything isn't too big a deal, basically just shuttling to and fro with the fork truck from one side of the estate to the other. The real work will be the unwiring and dismantling at one end and then attempting to reassemble at the other, whilst trying to keep the workshop operational for as much of the time as possible. If it takes a while to get a reply from me on the phone or by email for the next couple of two weeks, you'll know why.