I went driving at the club on Saturday - you might have seen some of the video we took running around on the Midge and Glen at Evergreens Miniature Railway. It was a nice sunny day, a good time was had by all. At some stage during the day (and I think it was while I was passenger to Alan, rather than driving myself), I felt something hot and gritty go in my eye - unusual, because my glasses normally stop cinders, this one was a stray that dodged round the side. I wiped my eye and thought no more of it.

Sunday my eye felt uncomfortable, by evening I had a headache. Monday morning it was glued shut, which was a bit of a problem as I had a collection to make in Surrey, a round trip of 400 miles. Sam came along with me, went ok in the morning but by the afternoon I had a powerful headache and started to get a good deal of pain from bright light - sunglasses on, which I only removed last thing that night, back on for breakfast next morning.

Tuesday Mrs P frog-marched me up to the doctor's in the village, who telephoned Lincoln General to get an emergency appointment at the eye clinic. My eye was infected, but the GP couldn't see what had caused it. The ophthalmologist had no problem seeing the problem with his micoroscope - "large lump of charcoal-like material penetrated the cornea and burned into the underlying layer - it's got to come out, I'll get some anaesthetic organized" he said. 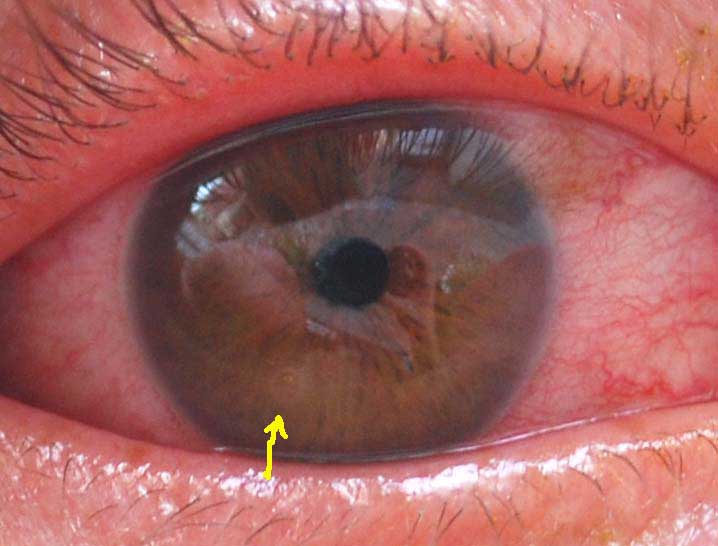 A man happy in his work, after an hour and two more shots of local, during which he kept me amused with a fund of stories of the bits he digs out of people's eyes (mainly, and rather worryingly, involving people in the engineering industries) he declared that extracting burnt steam coal was one of the more difficult jobs he had undertaken recently. "Steel splinters are fine" he said, "you've got something to get hold of - this stuff just crumbles when I get a hook into it" (good stuff the steam coal we're using at the moment, doesn't leave anything on the grate when you've finished for the day).

Dissecting the lumps out was painless - the anaesthetic is powerful stuff and makes it feel like you're fitted with concrete eyeballs. However, as he had warned me, it wears off and the feeling this evening is far from pleasant. There is scarring to the cornea, just below my right pupil - if it had been a fraction higher I would have ended up with a permanent mark in my line of sight. As it is, I have a pale blue crater which can hardly be seen from the outside (and I certainly can't see from the inside).

I didn't dare ask until the end what he was using to get the bits out - he was delighted to show me his armoury of tiny blades, needles and hooks.

I'm on a course of super-strength antibiotic, back into the hospital on Monday to have a look for any other bits loitering about.

On a serious note, I've never had this happen before, it came very close to being something permanently unpleasant.

All of the above is by way of explanation that, if you've waited a day or two for a reply to an email or phone call, bear with me, I'm working on it (and emails have become somewhat easier today now I've found out I can turn the monitor brightness down to "negligible" and sit typing in an otherwise dark room).