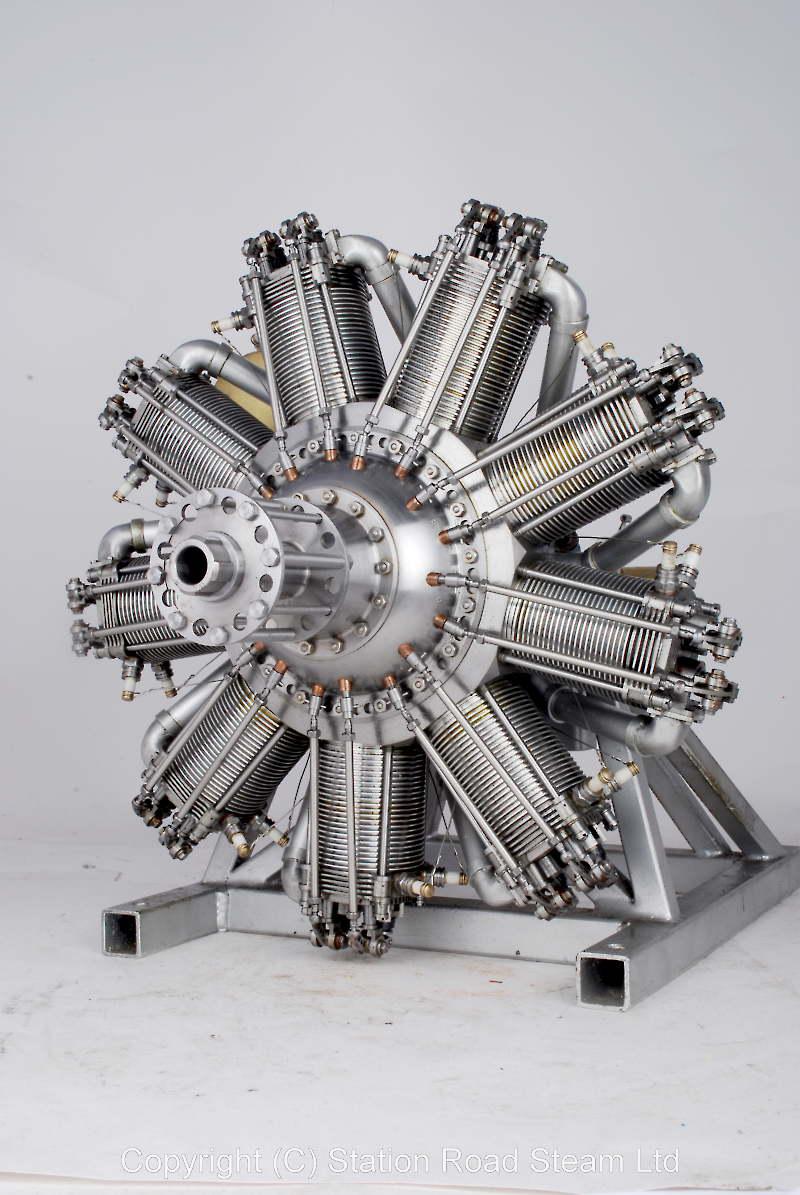 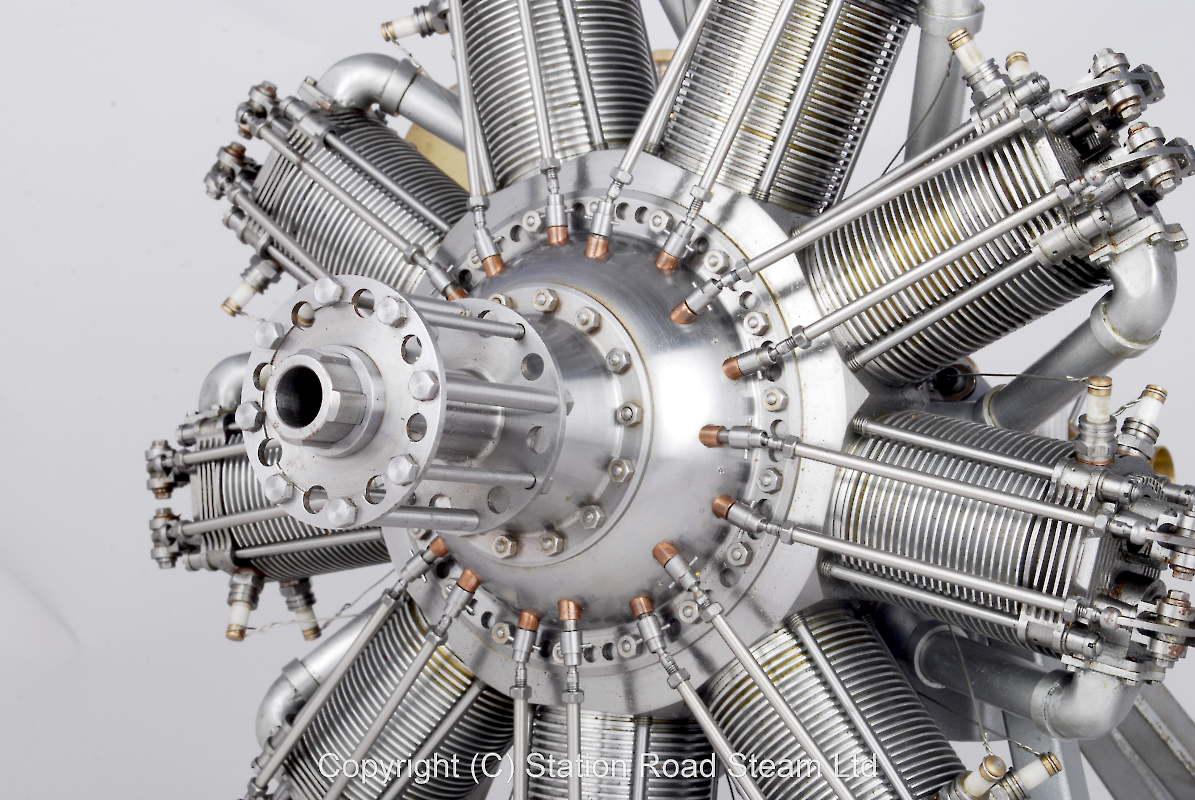 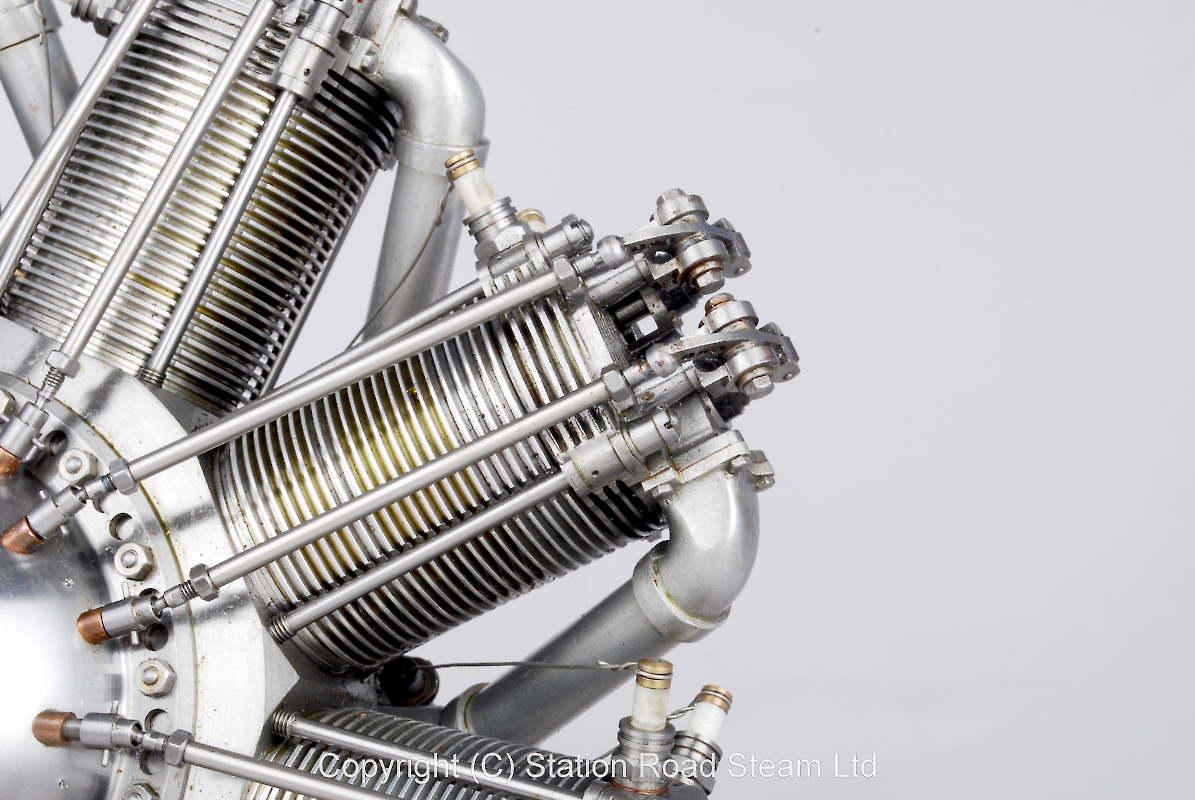 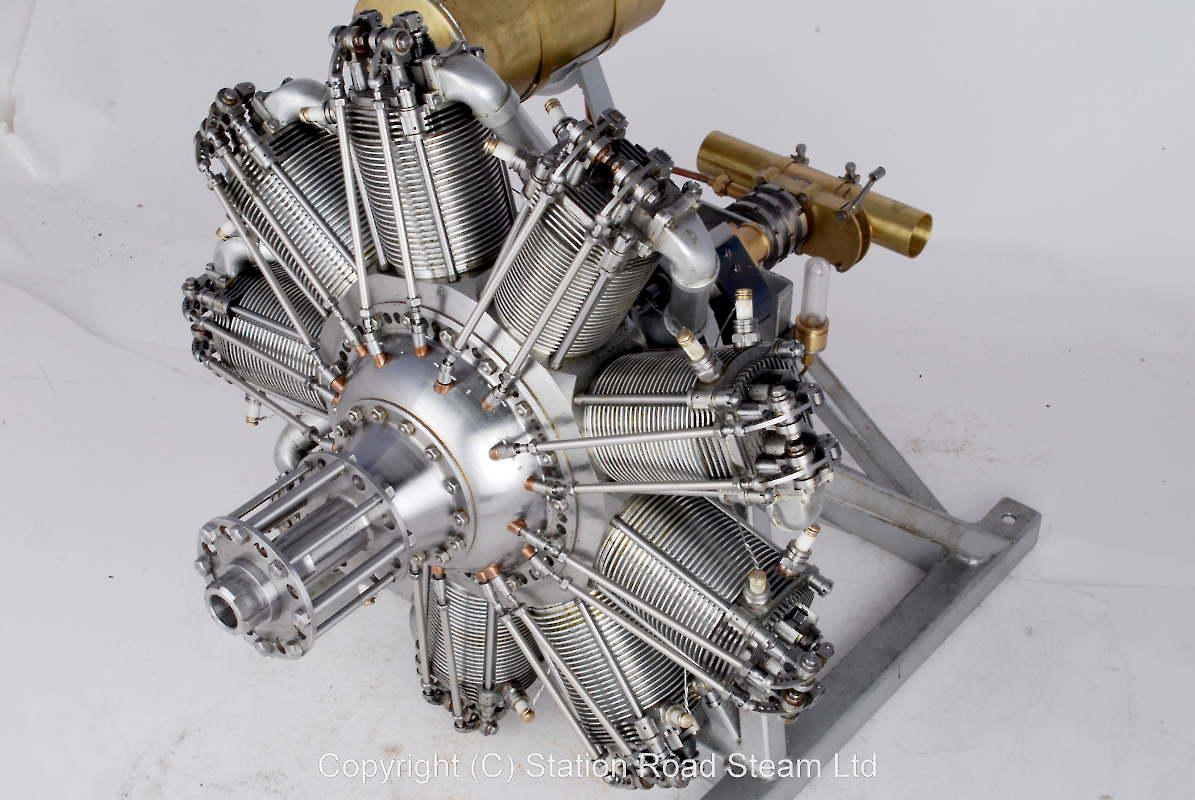 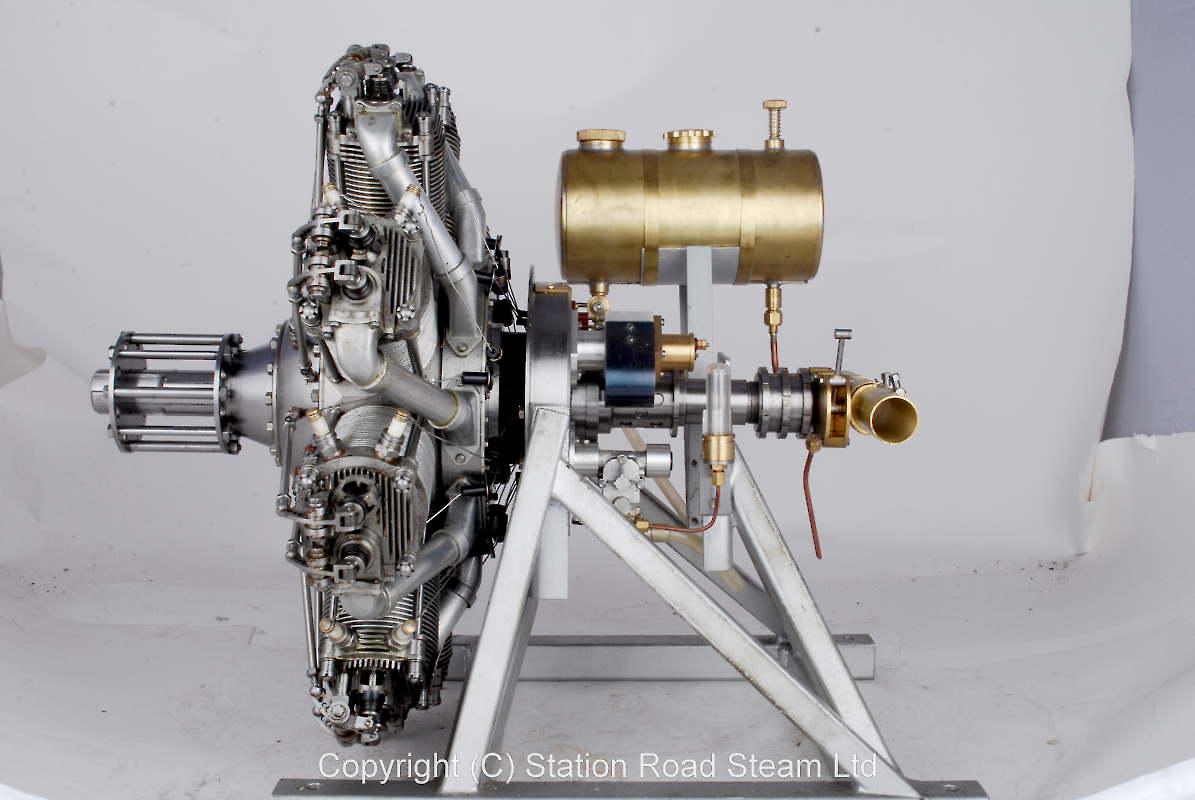 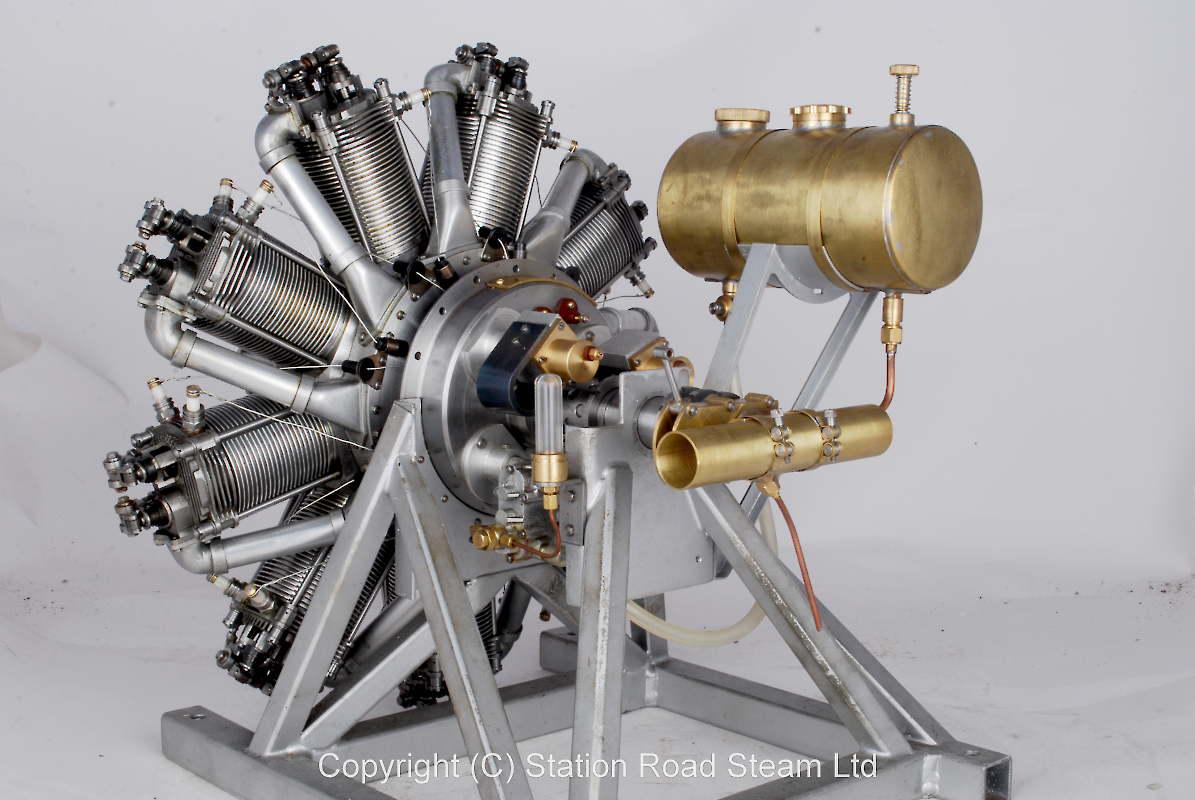 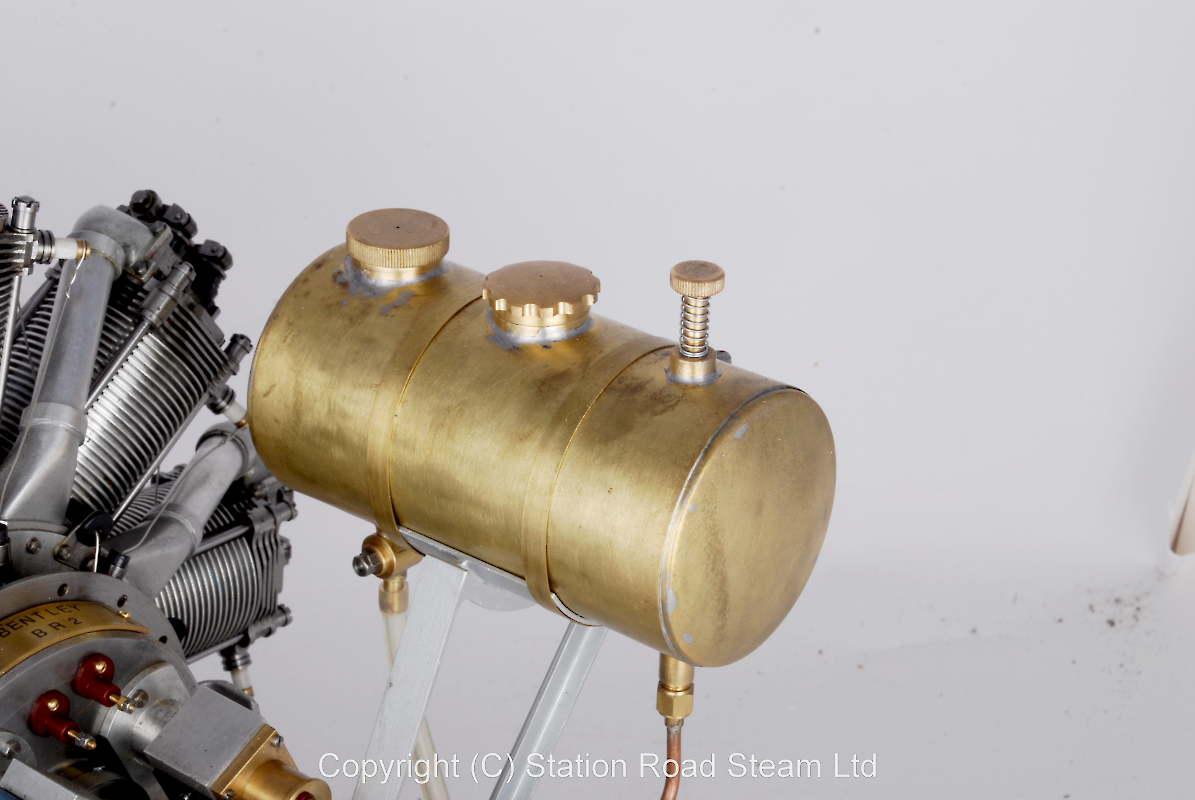 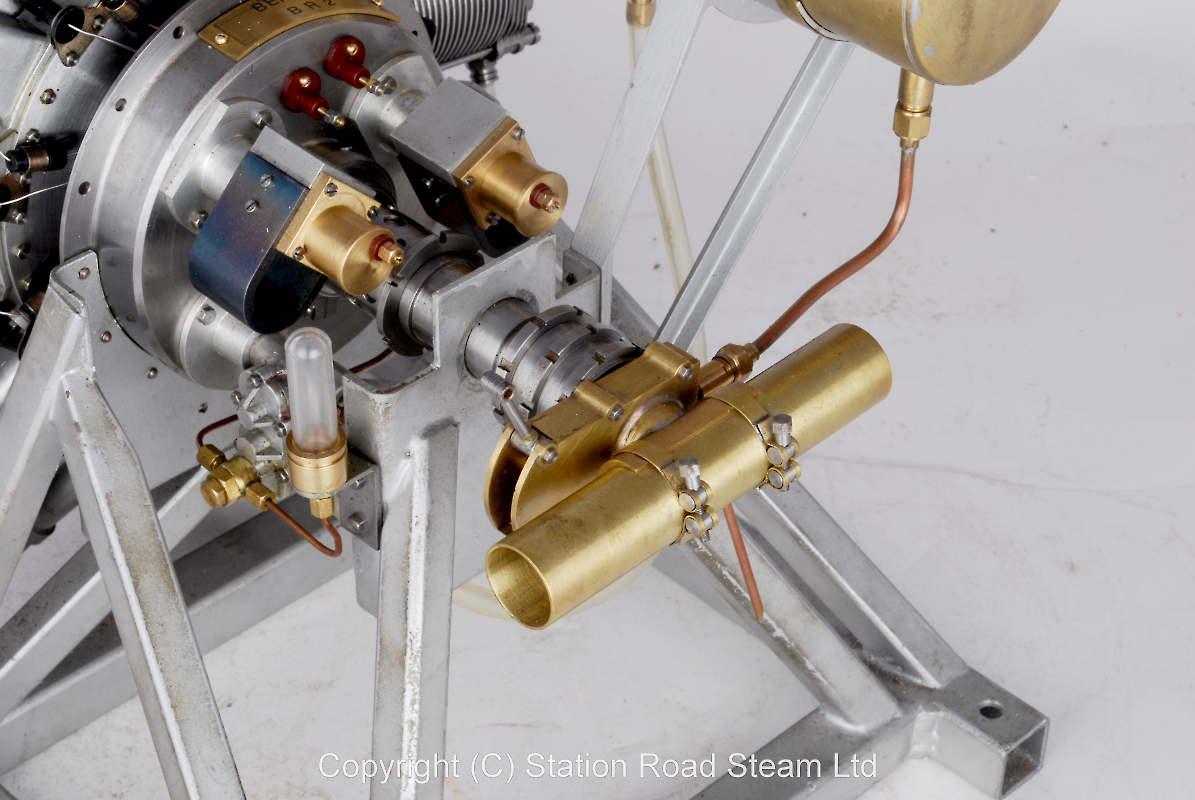 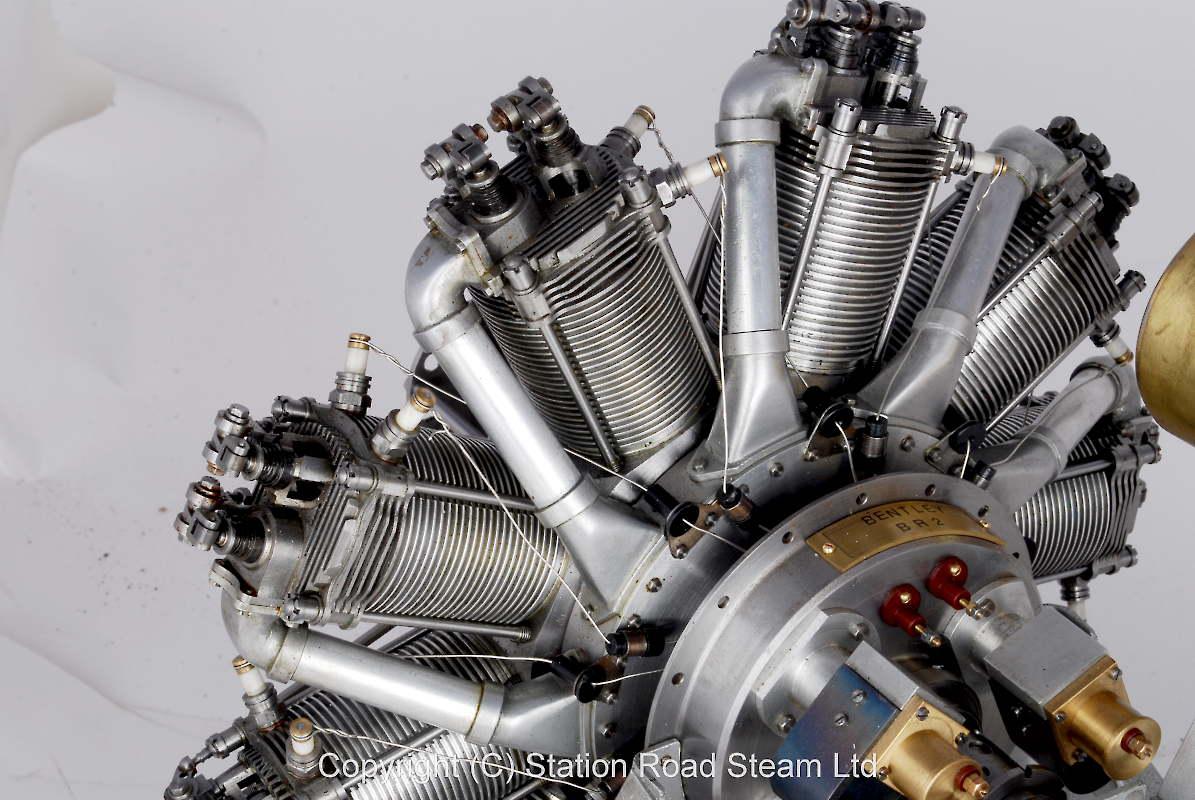 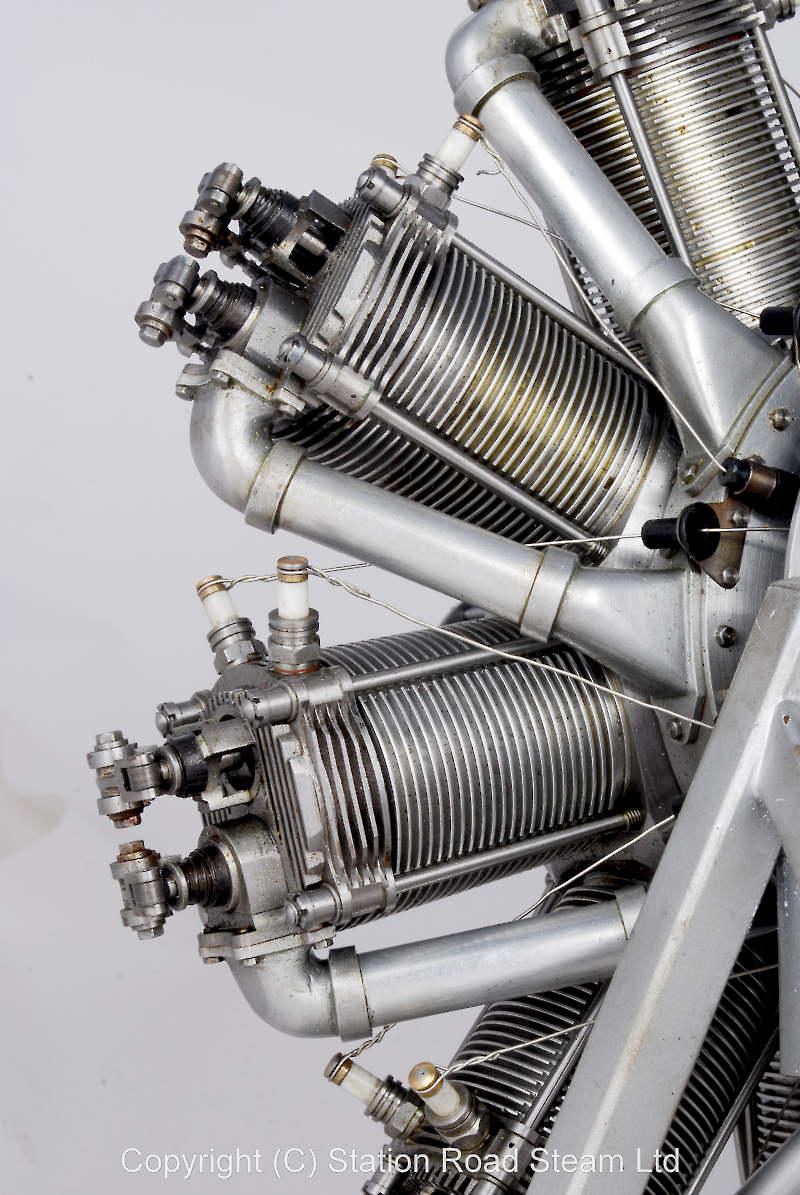 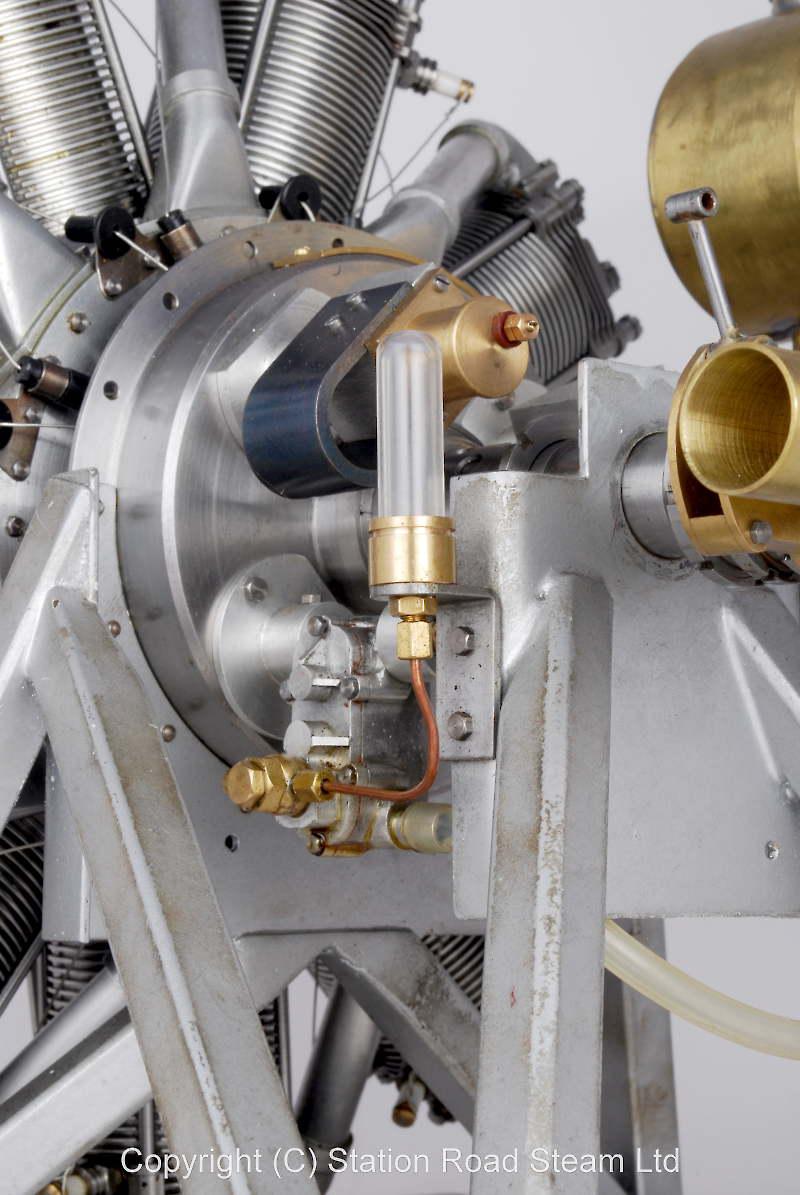 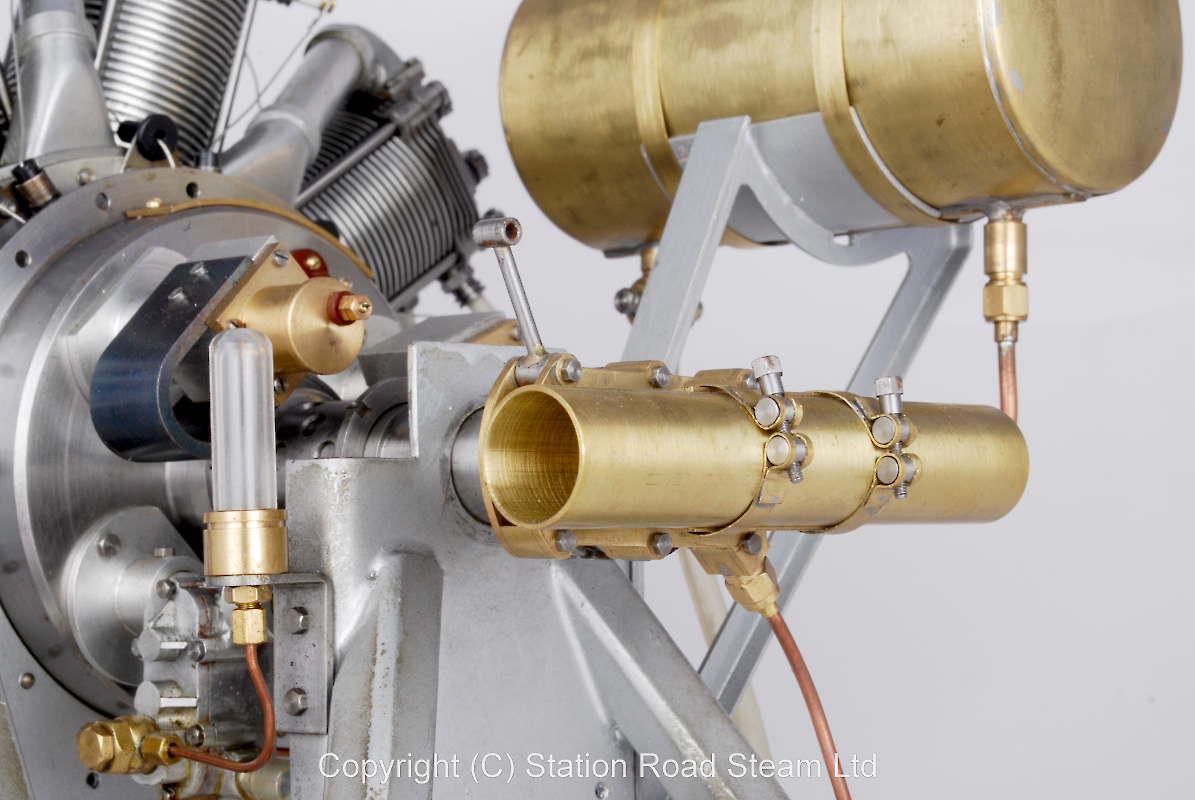 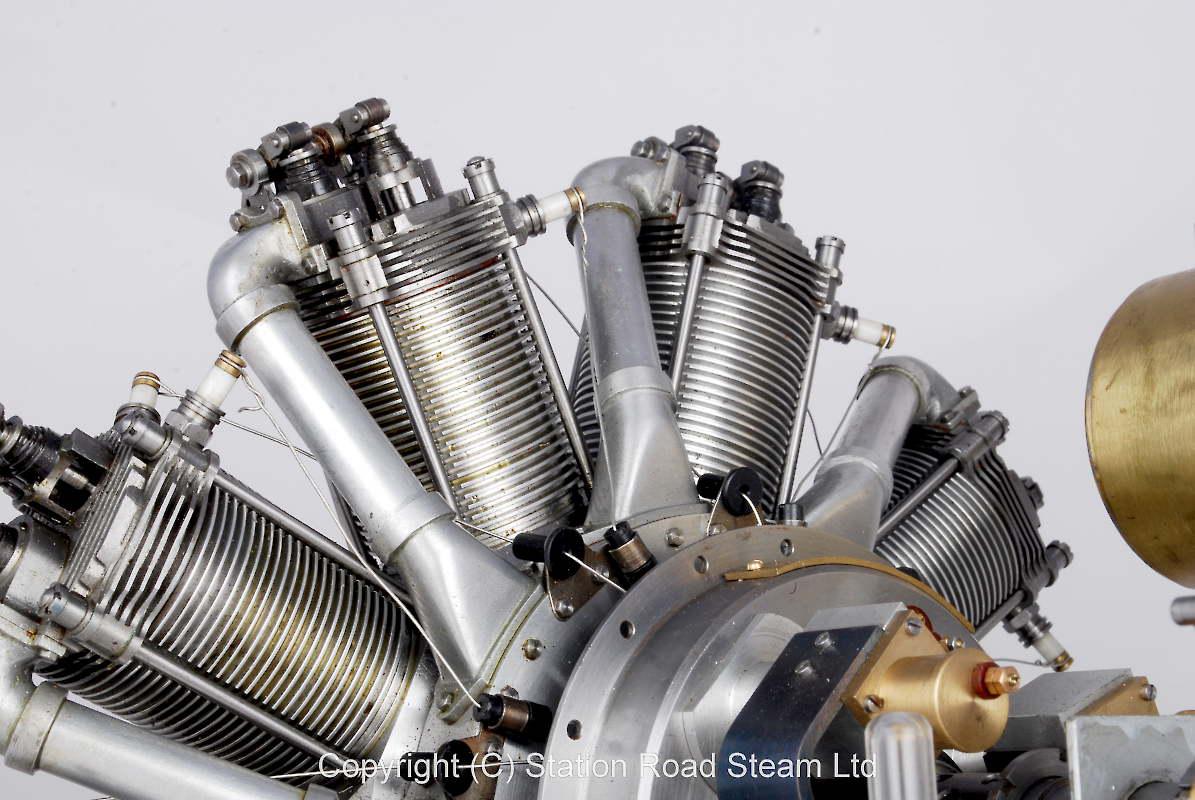 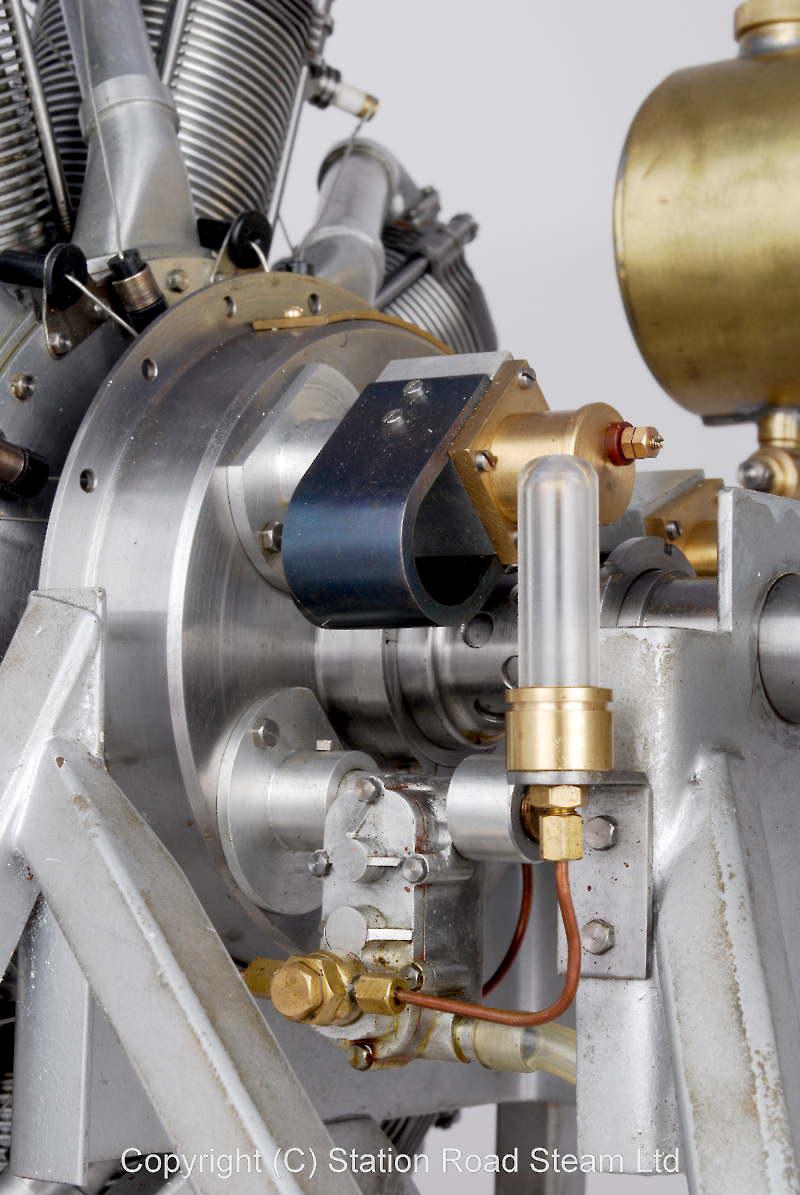 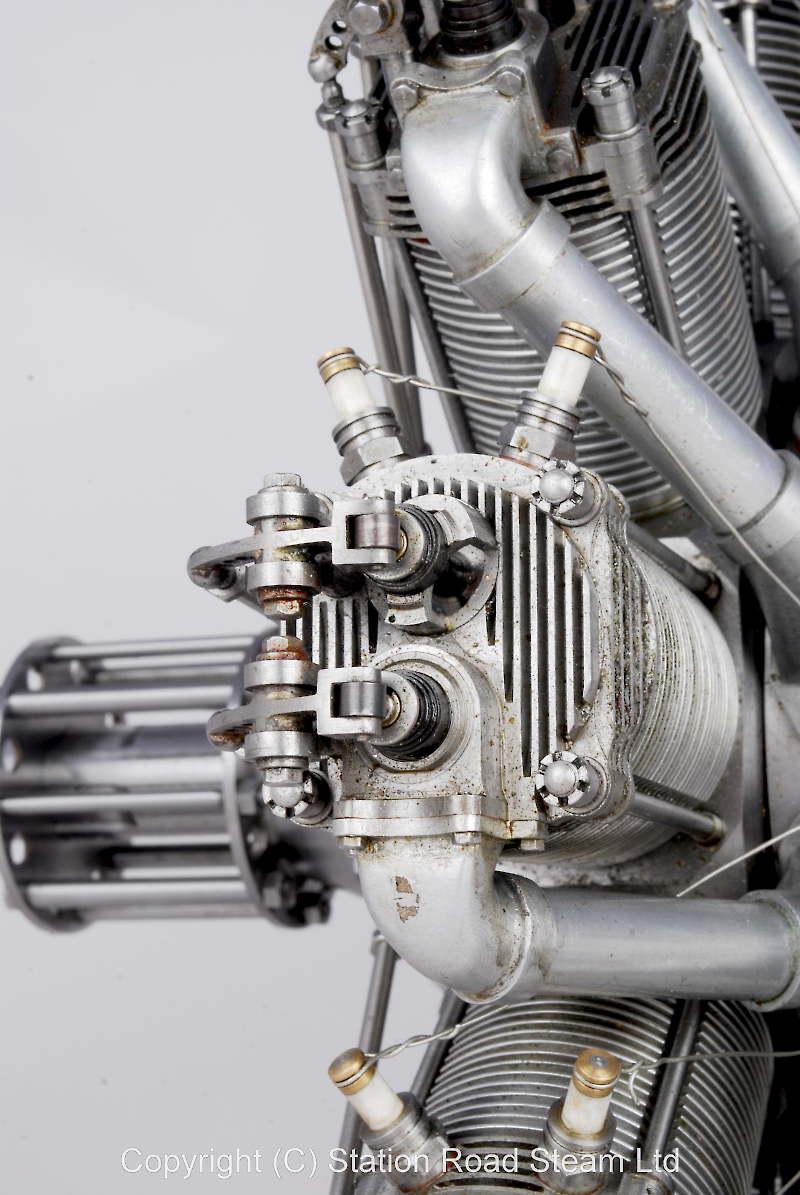 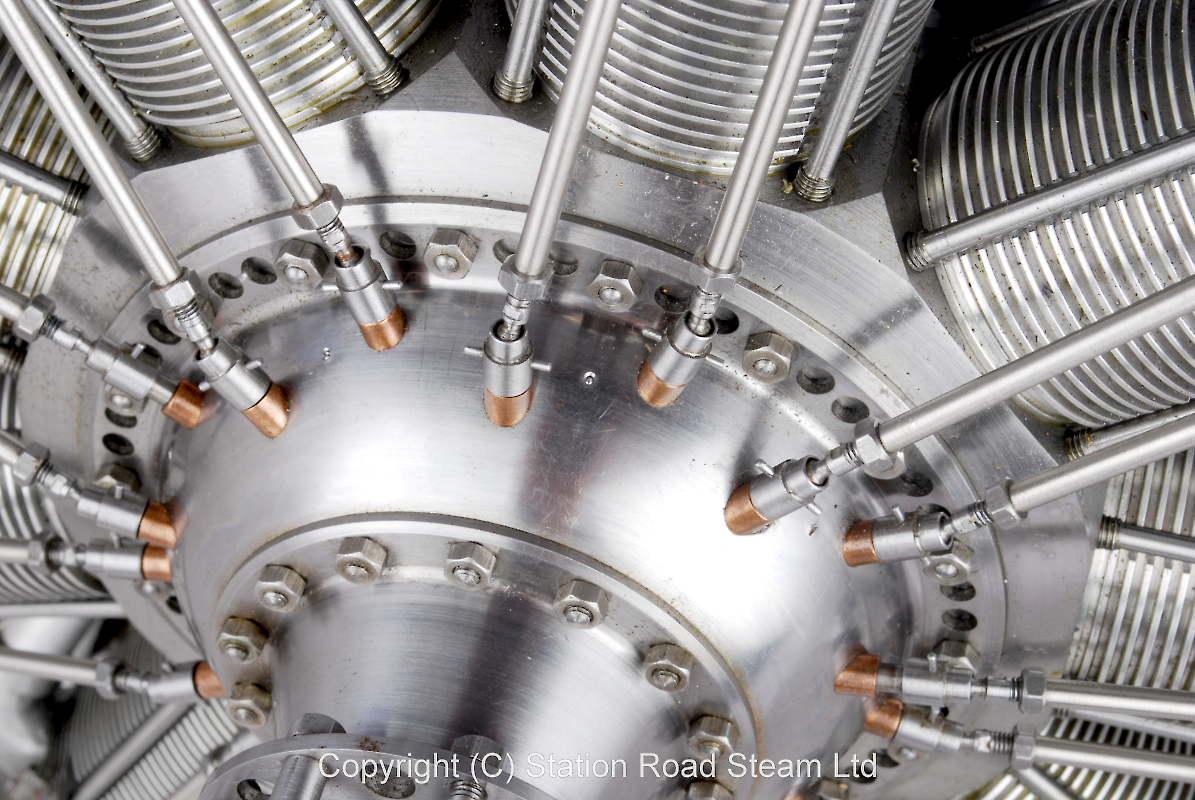 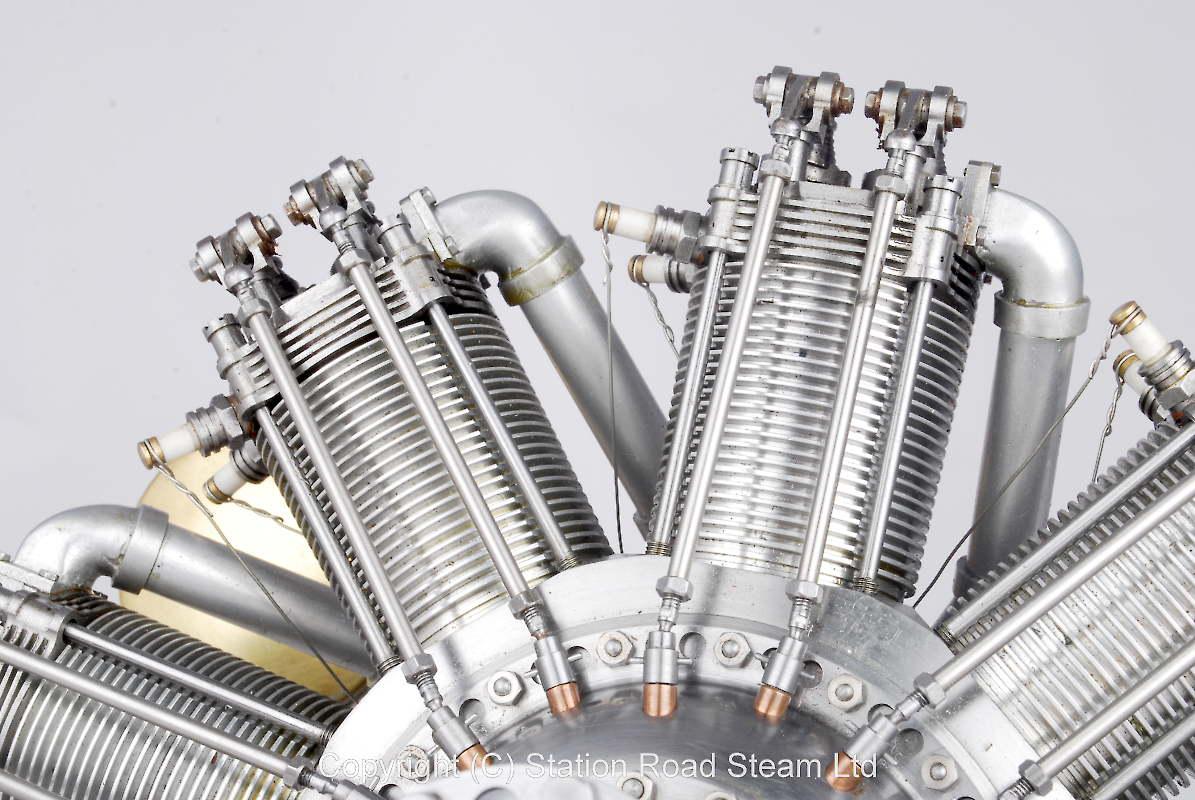 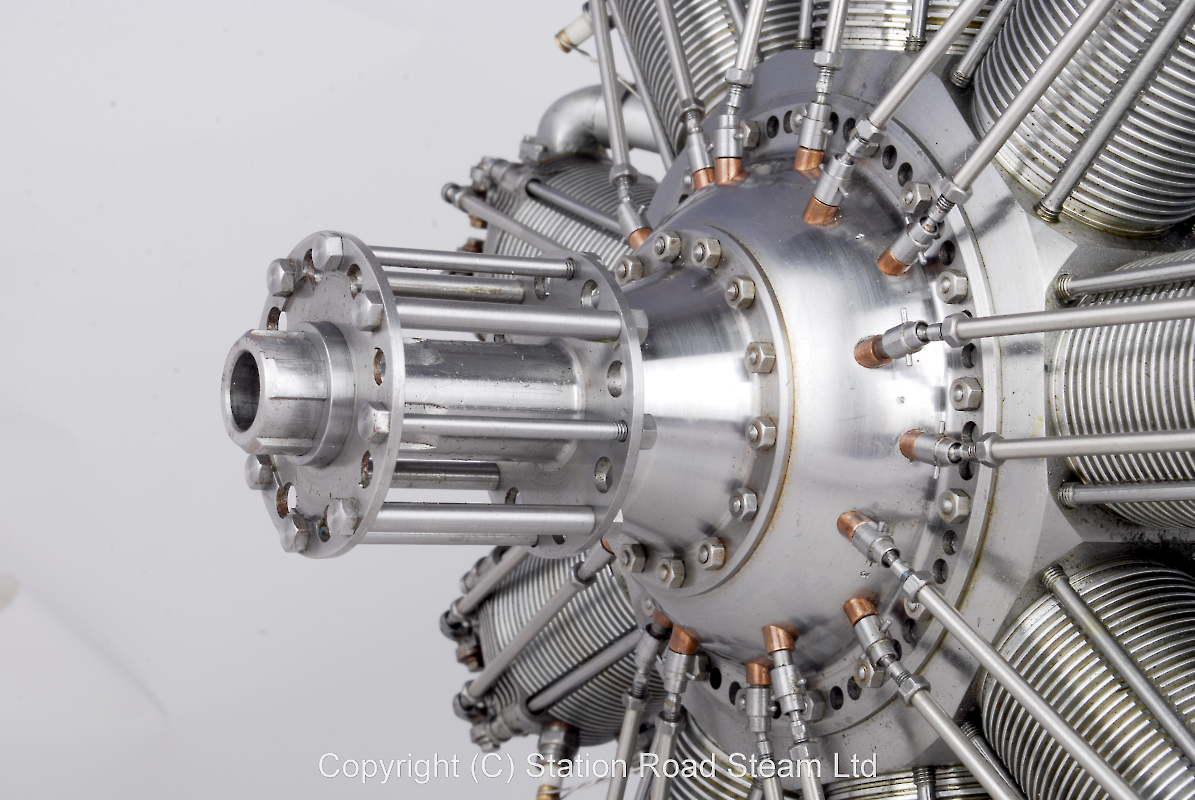 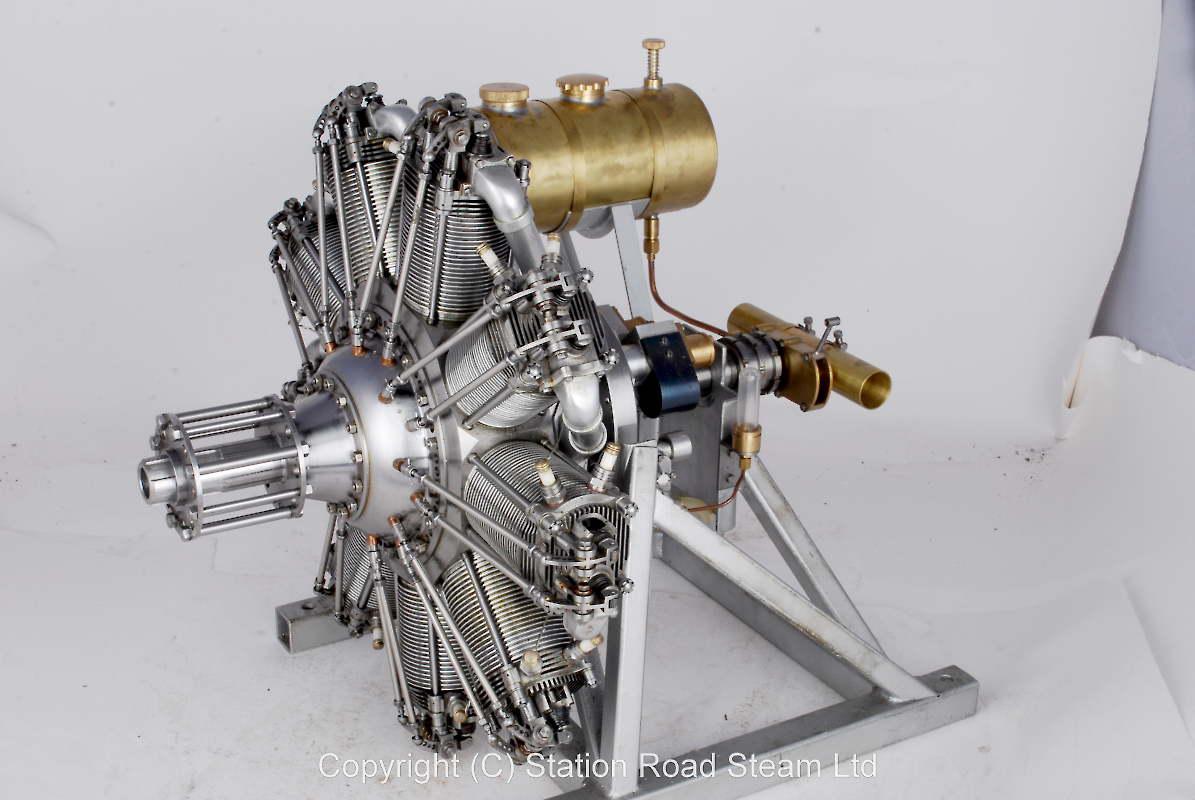 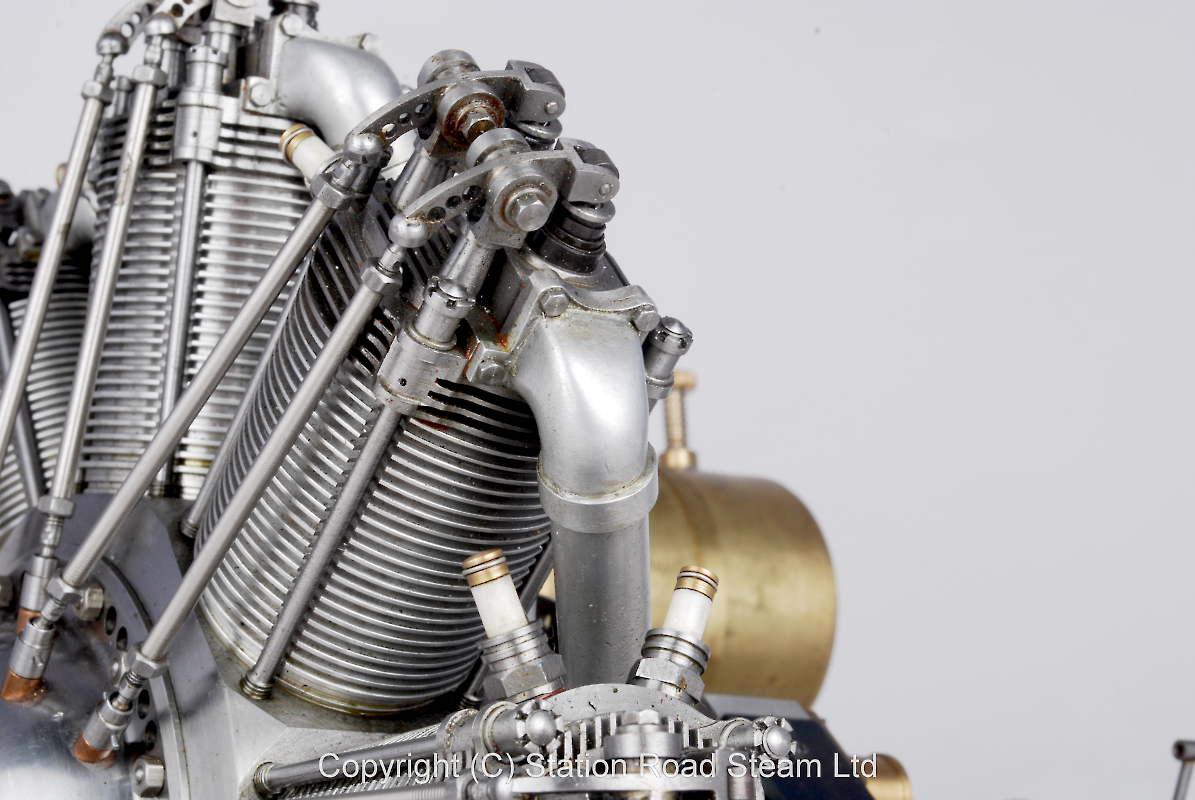 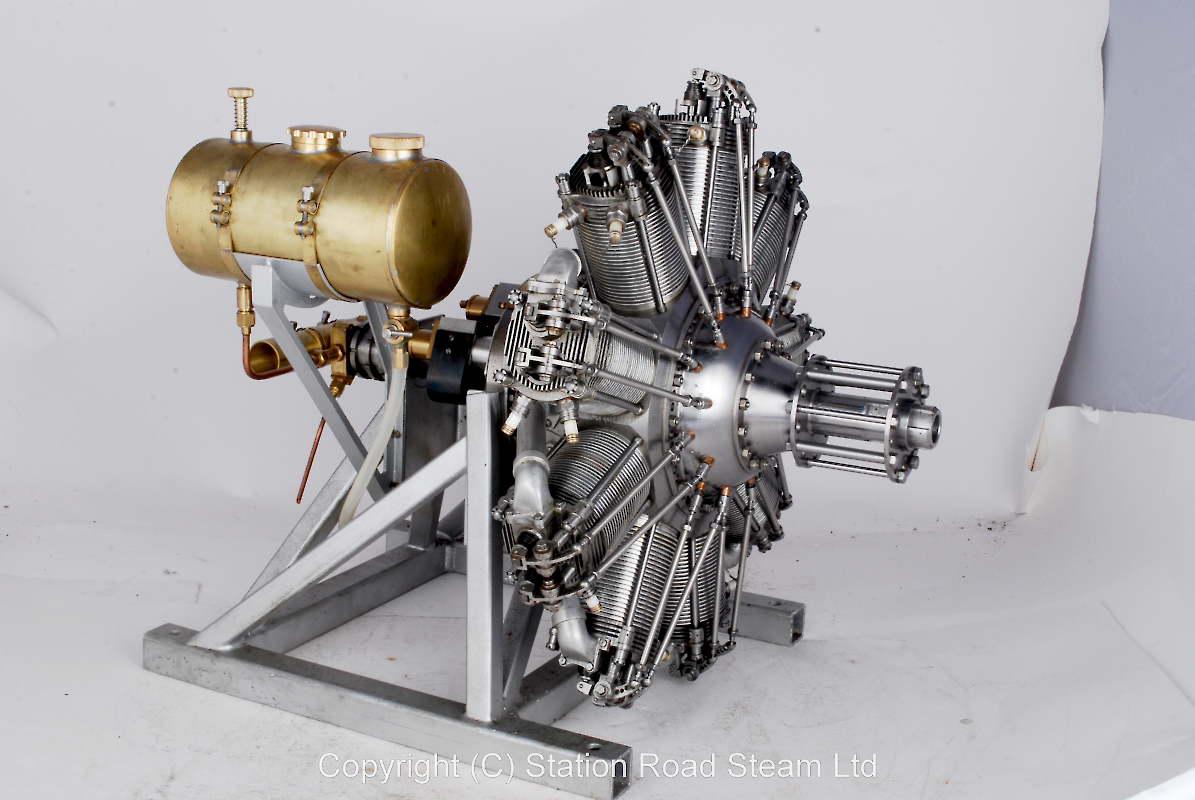 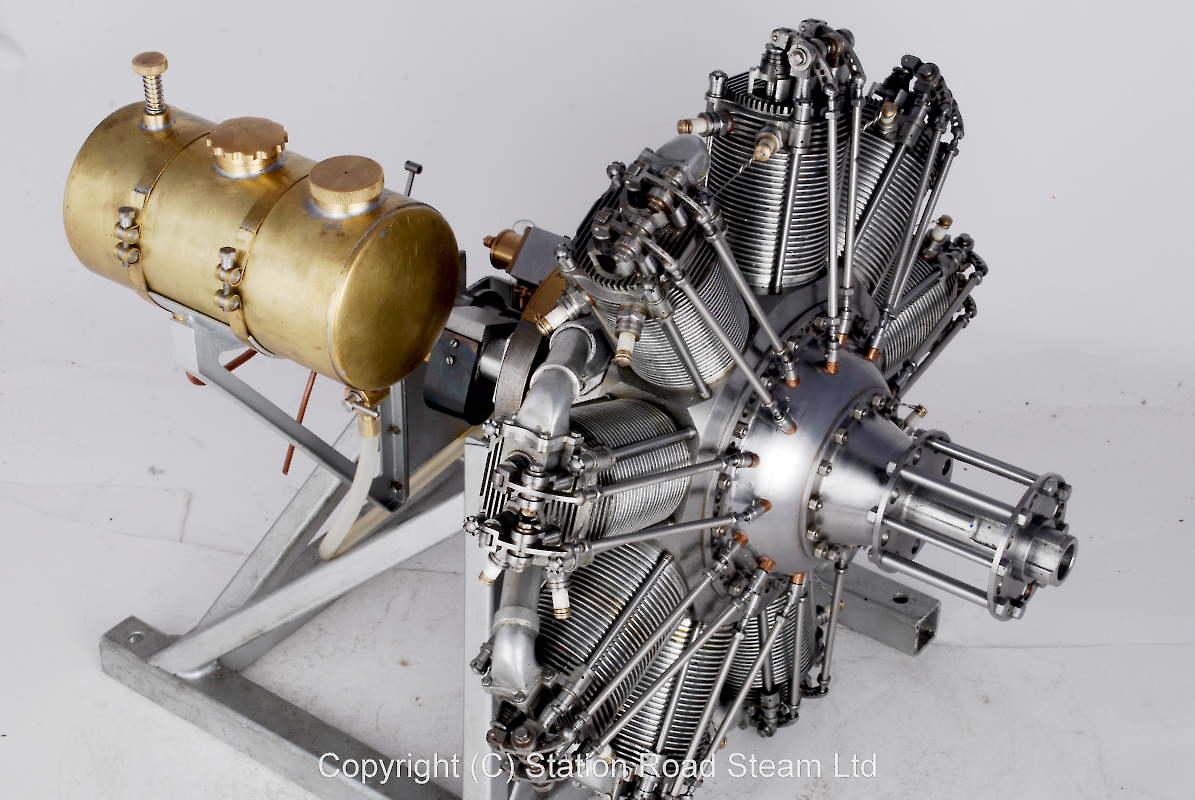 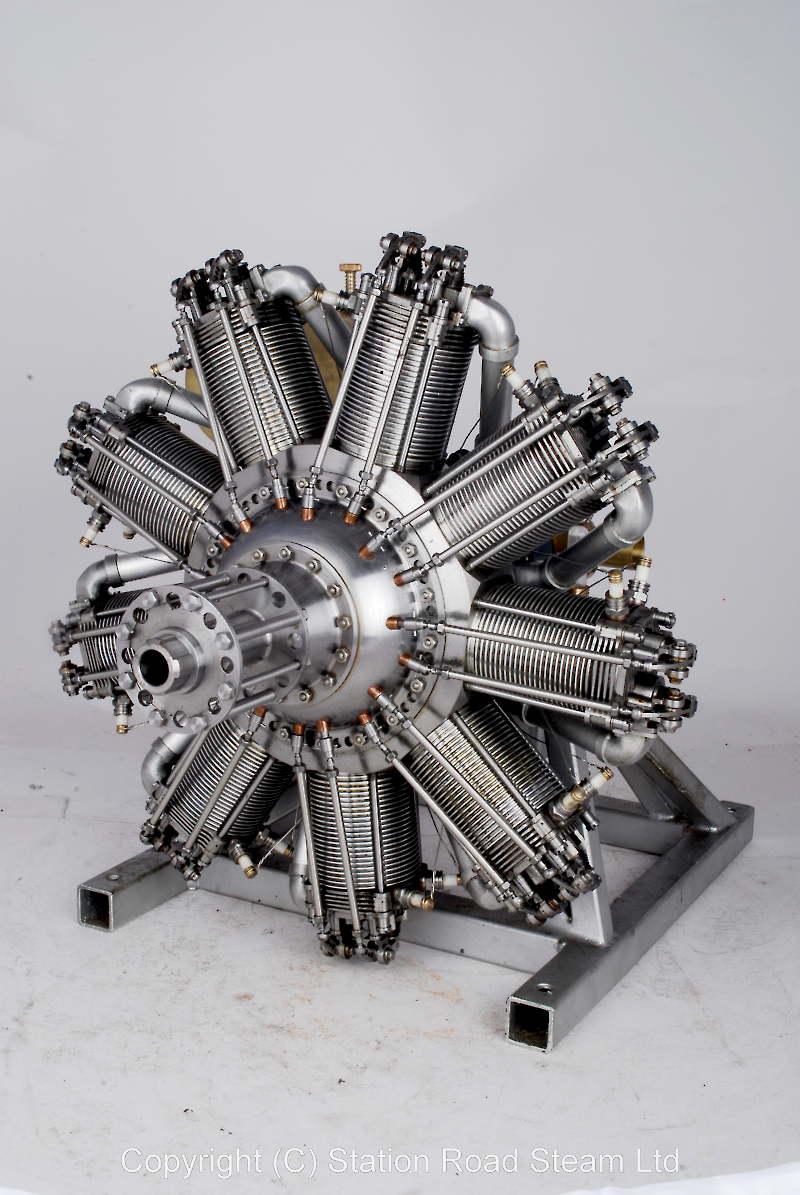 A finely made example of a Bentley BR2 9 cylinder rotary engine to Lew Blackmore's design - the original model famously won its builder the Duke of Edinburgh Cup at the Model Engineer Exhibition in 1982. The design was serialised in "Model Engineer" and a book published on how to build the engine - however reading about how to do it is one thing, actually building one is something else entirely. The design remains something of an Everest for would-be builders, complete examples are vanishingly thin on the ground.

This one was built by a highly experienced man, a retired professional engineer with many fine engines to his credit. I had his 3 1/2 inch gauge Stanier tank in a couple of years ago, the Bentley came in with a fine Red Wing open crank engine and Stuart Triple Expansion engine that he'd completed recently.

Pictures tell the story on this one - it's an exceptionally nicely made thing, as much a piece of sculpture as a model engine (which is possibly the reason Mrs P claimed it for the house the day it arrived, it's been on a table in the hall since).