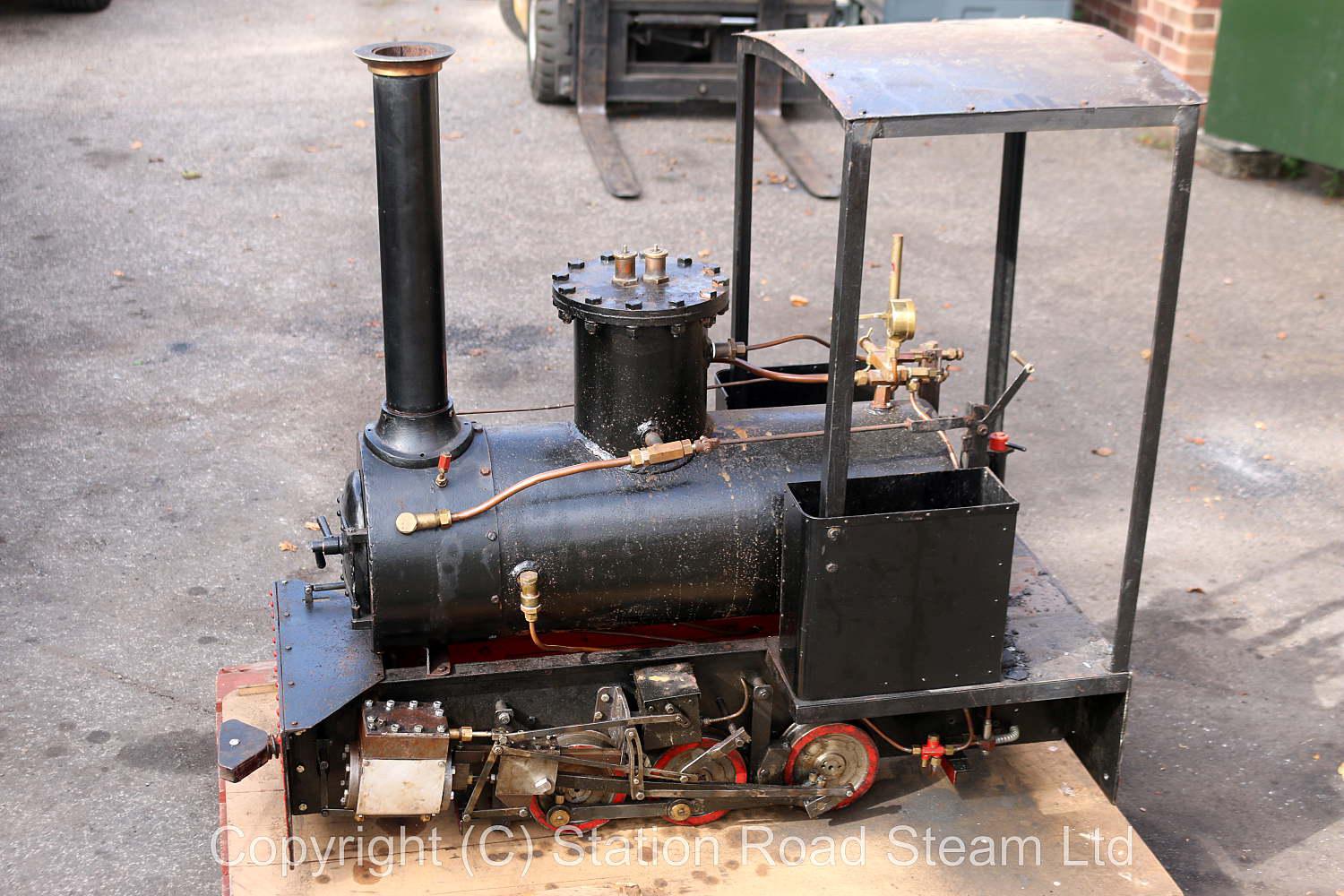 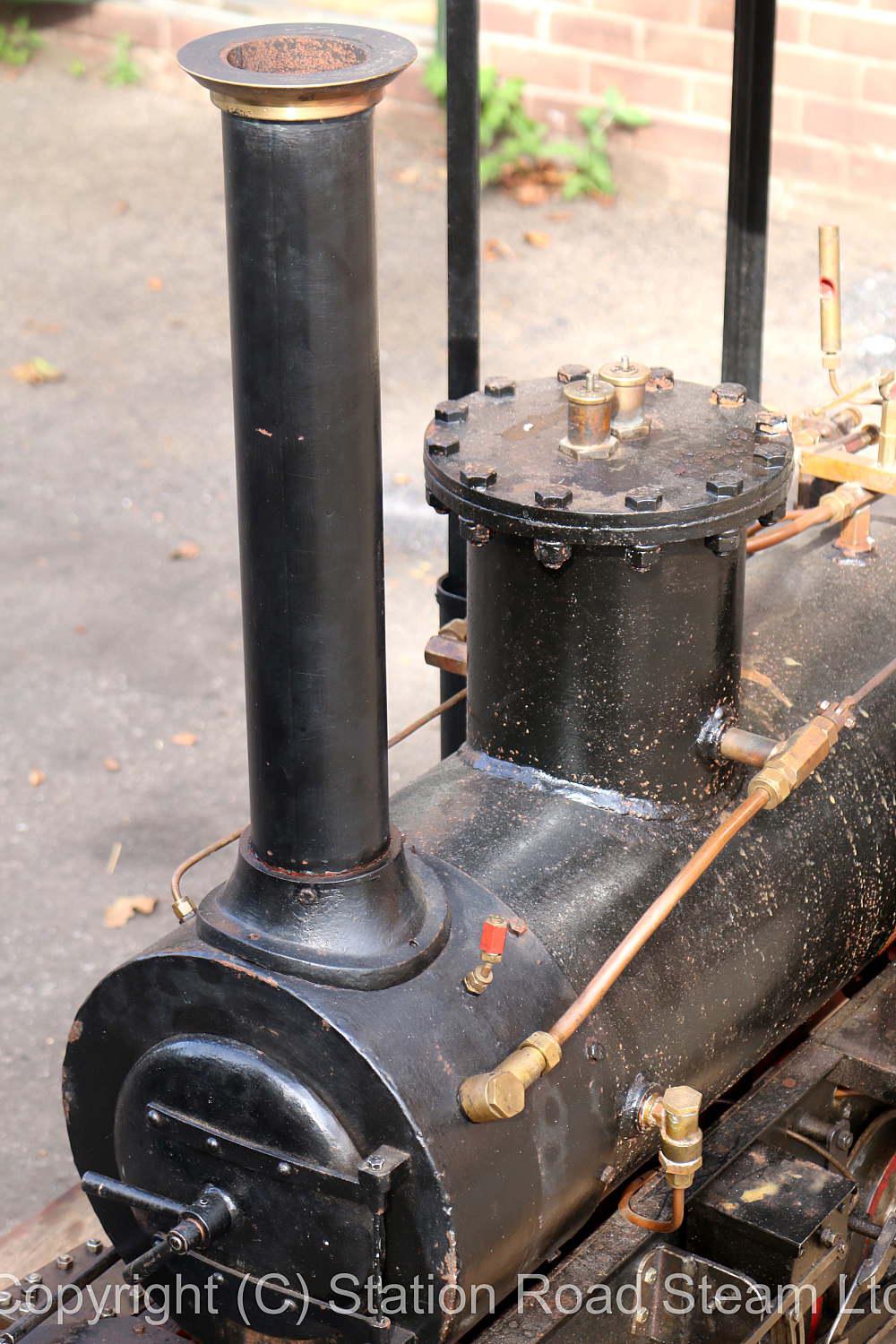 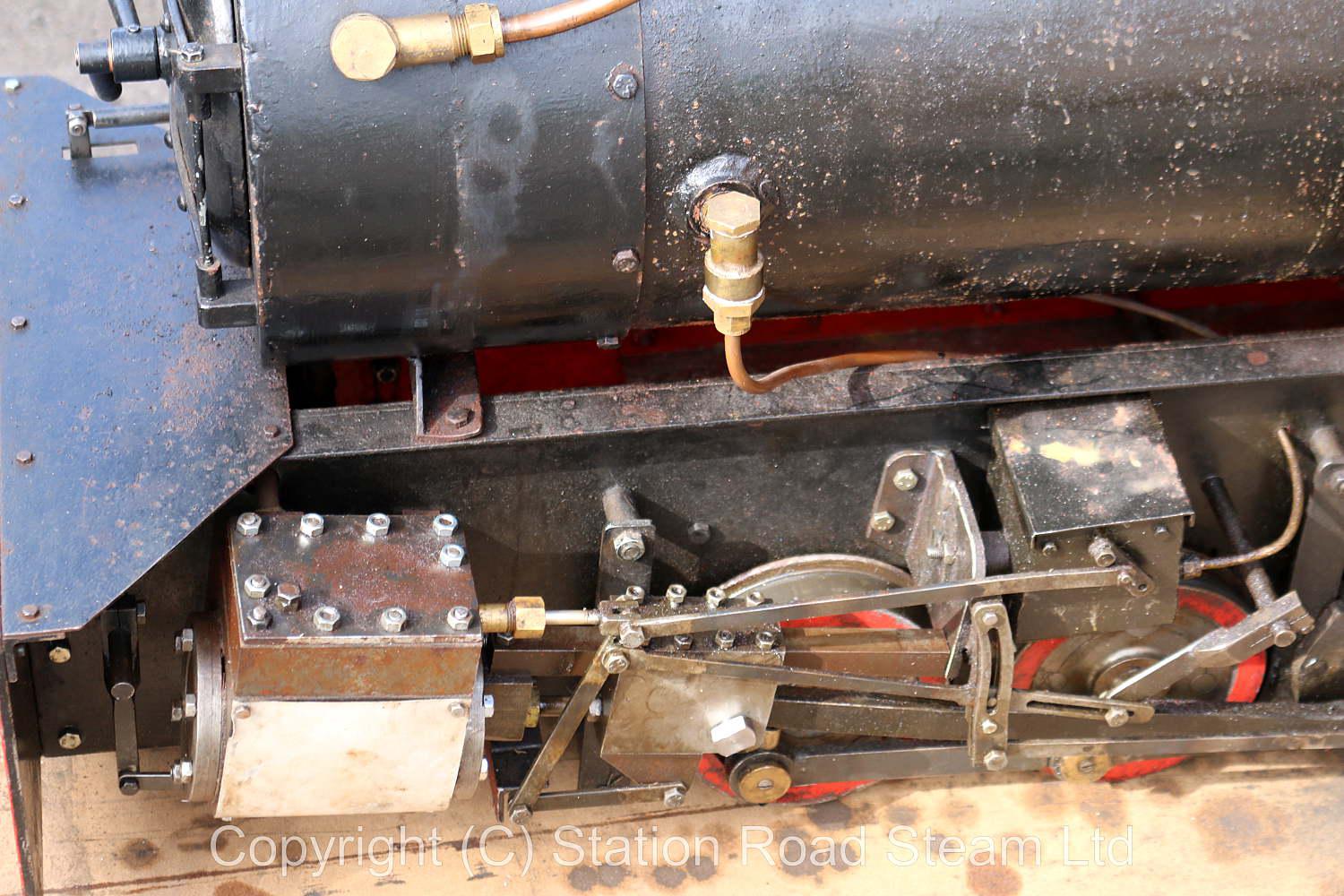 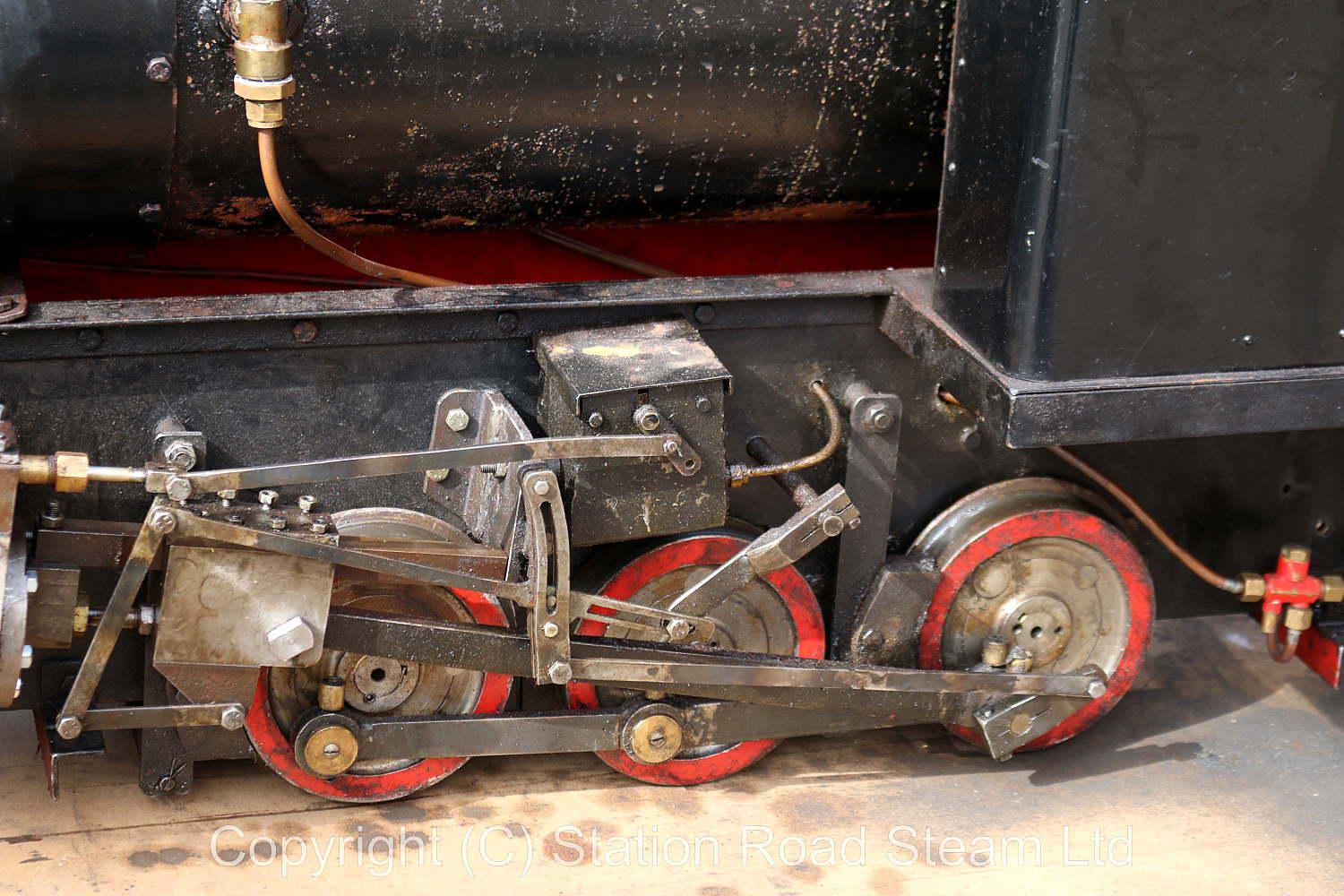 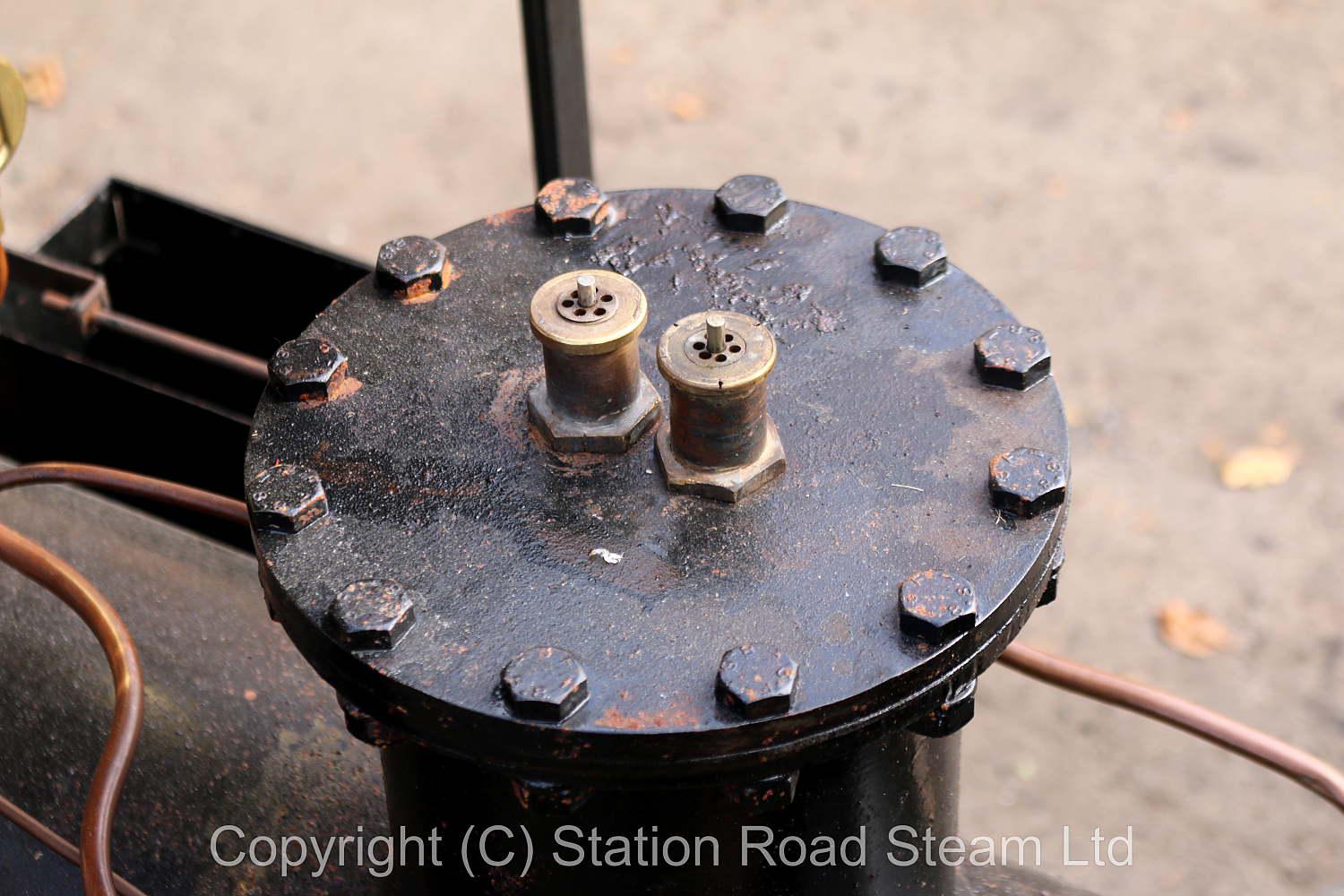 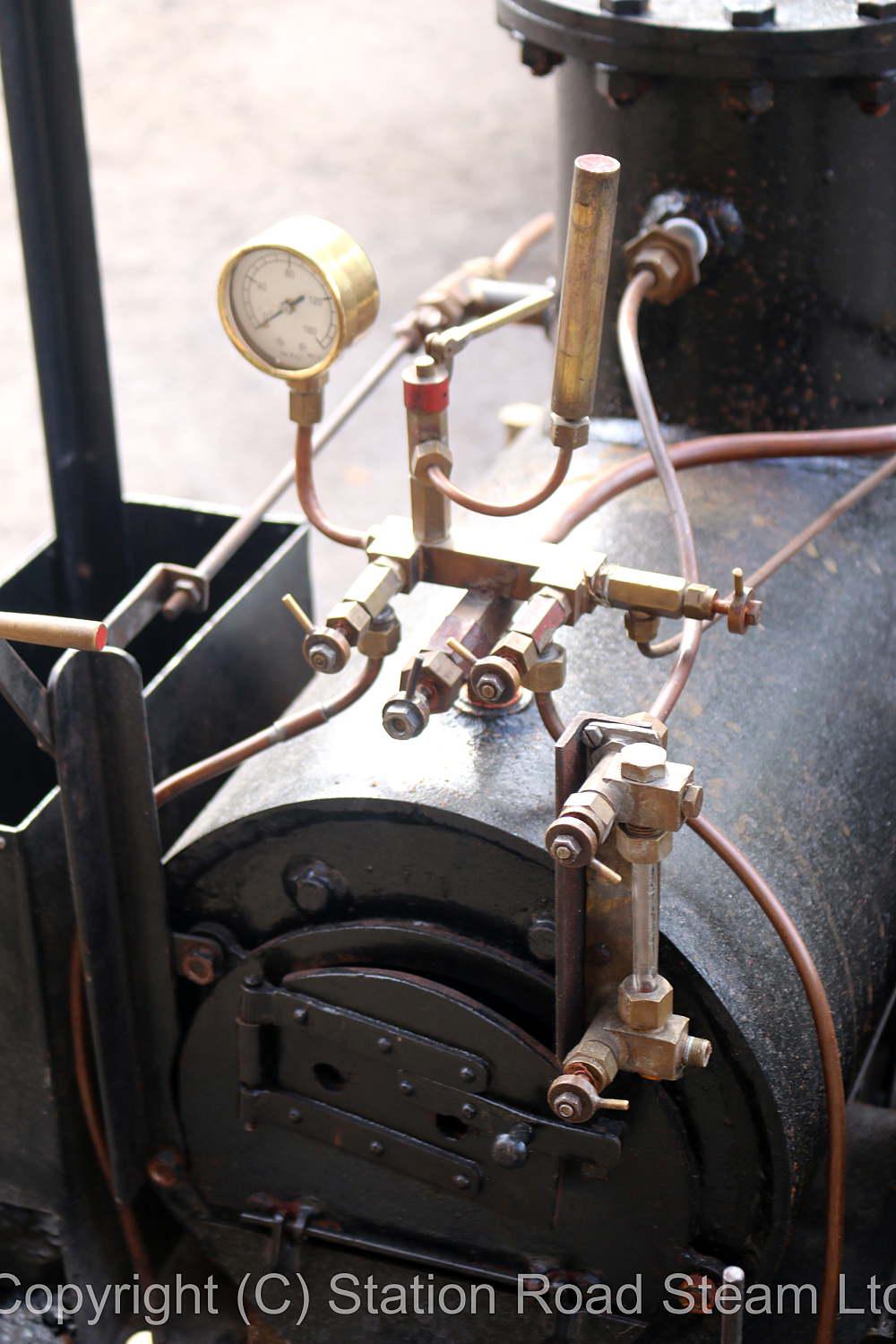 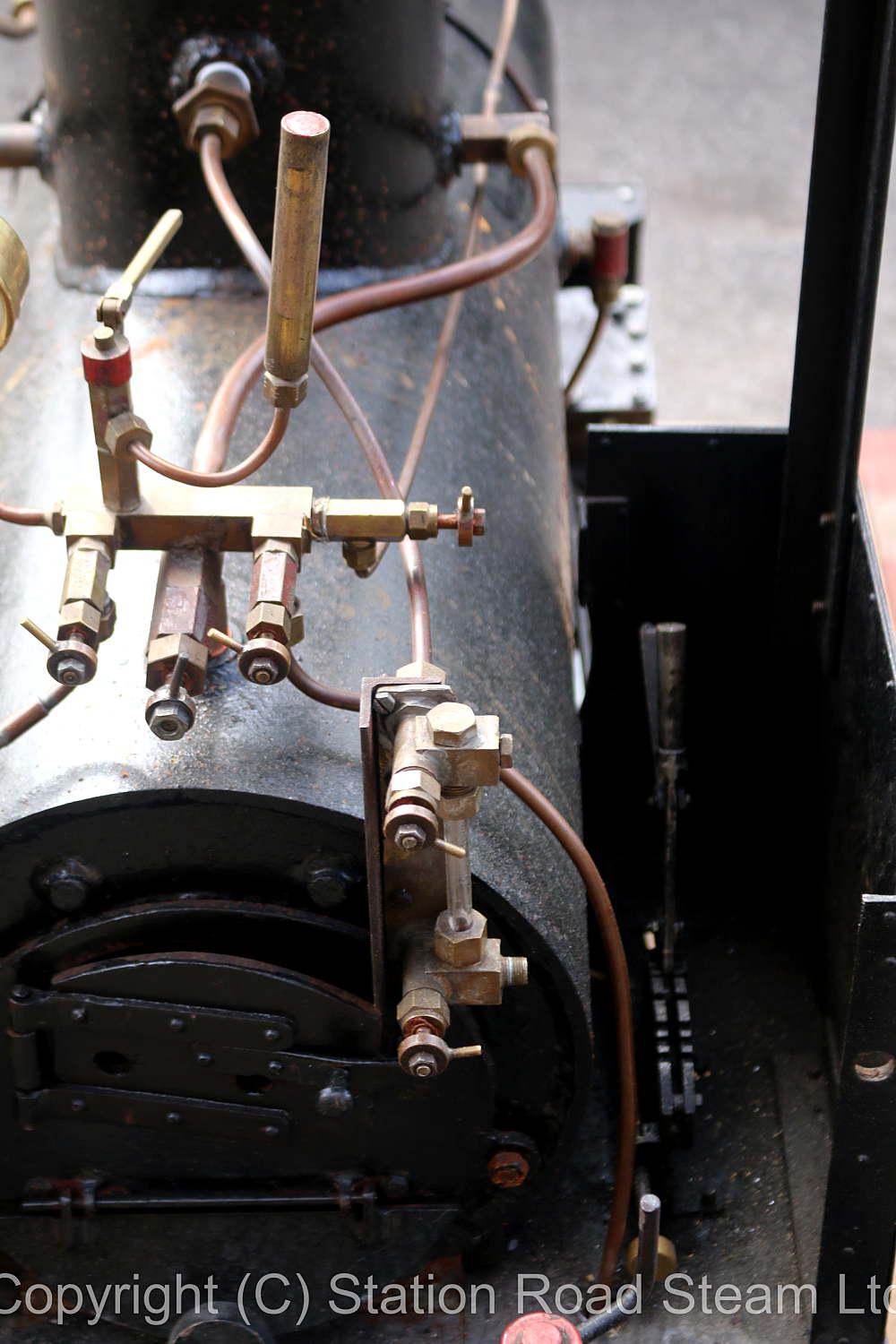 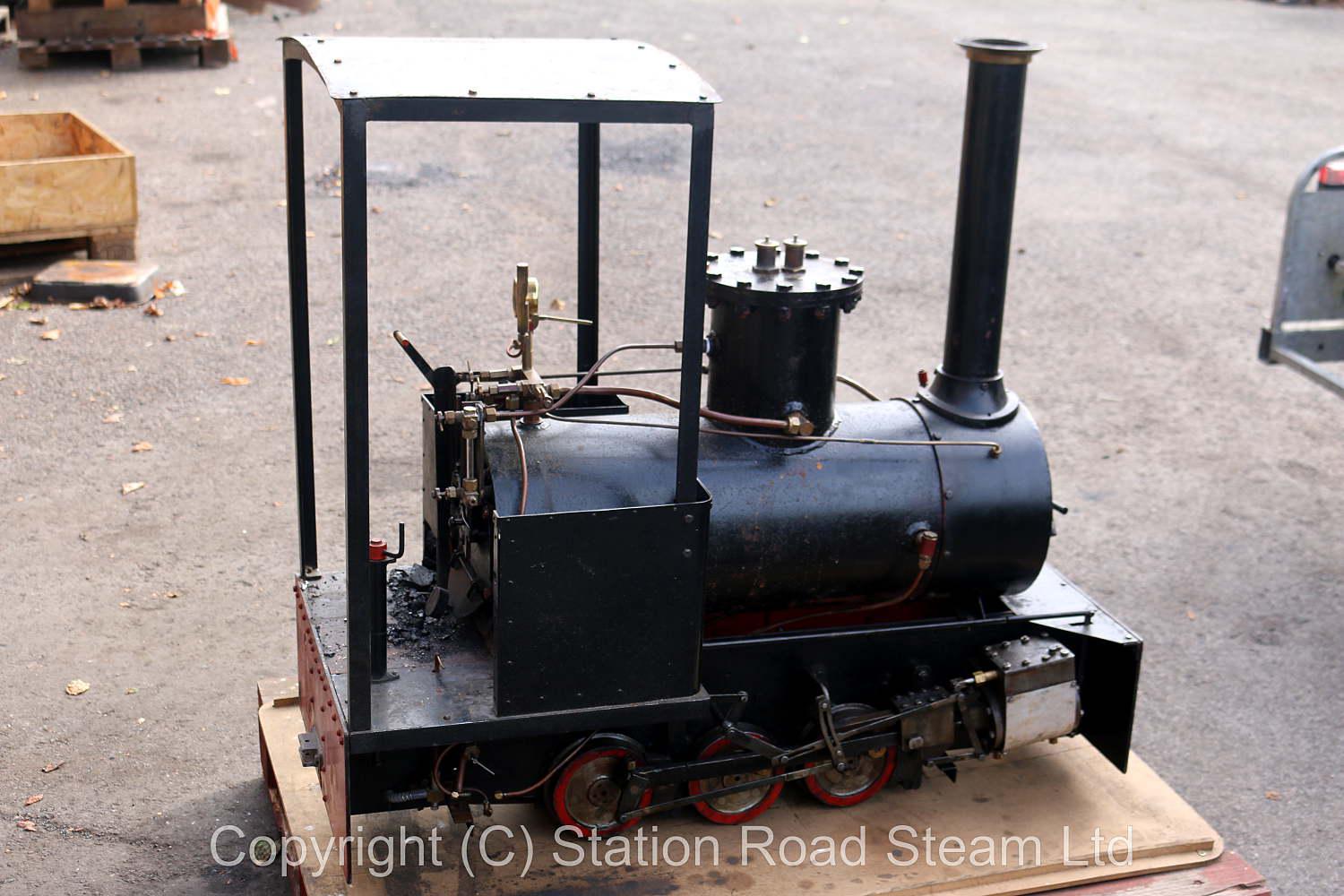 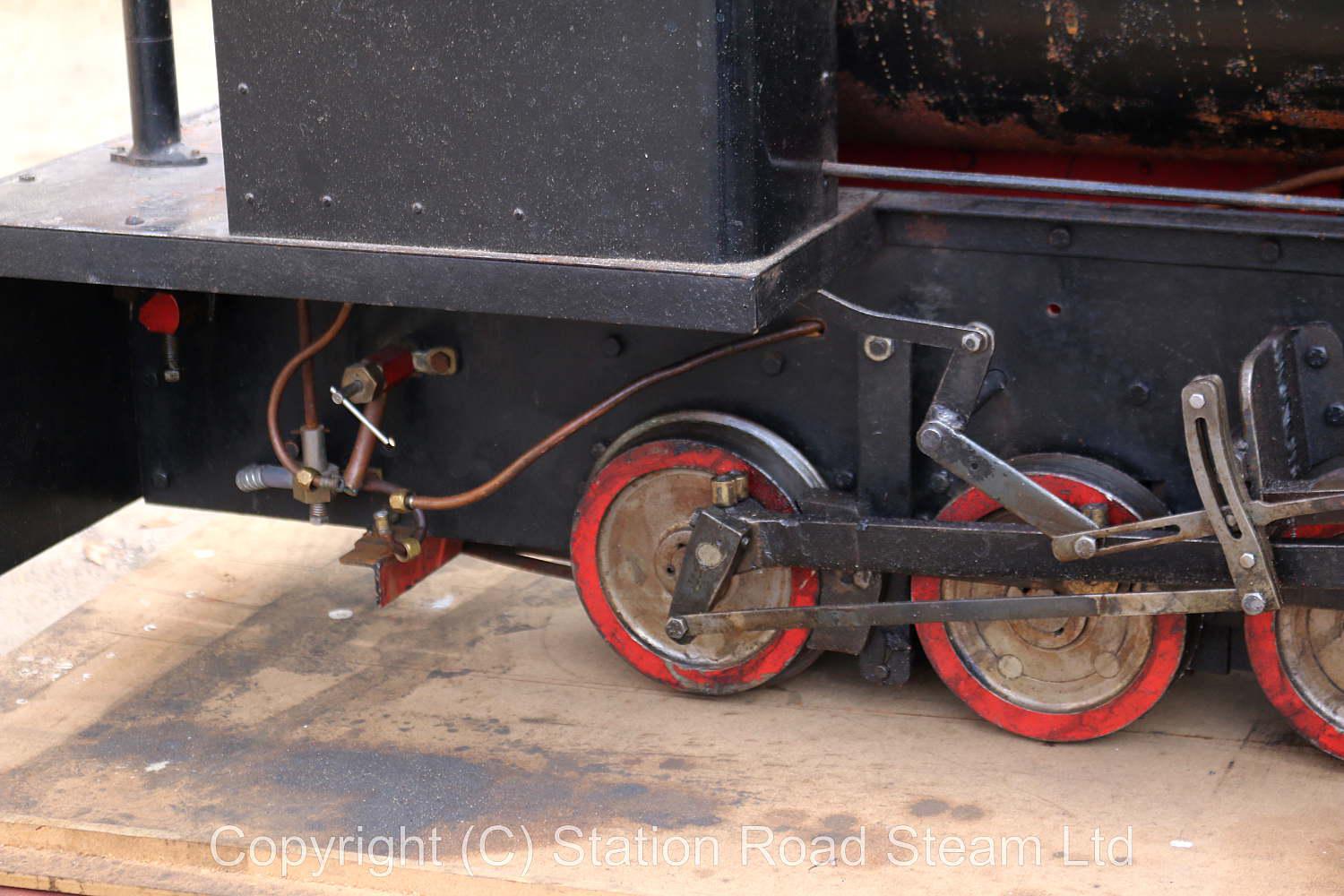 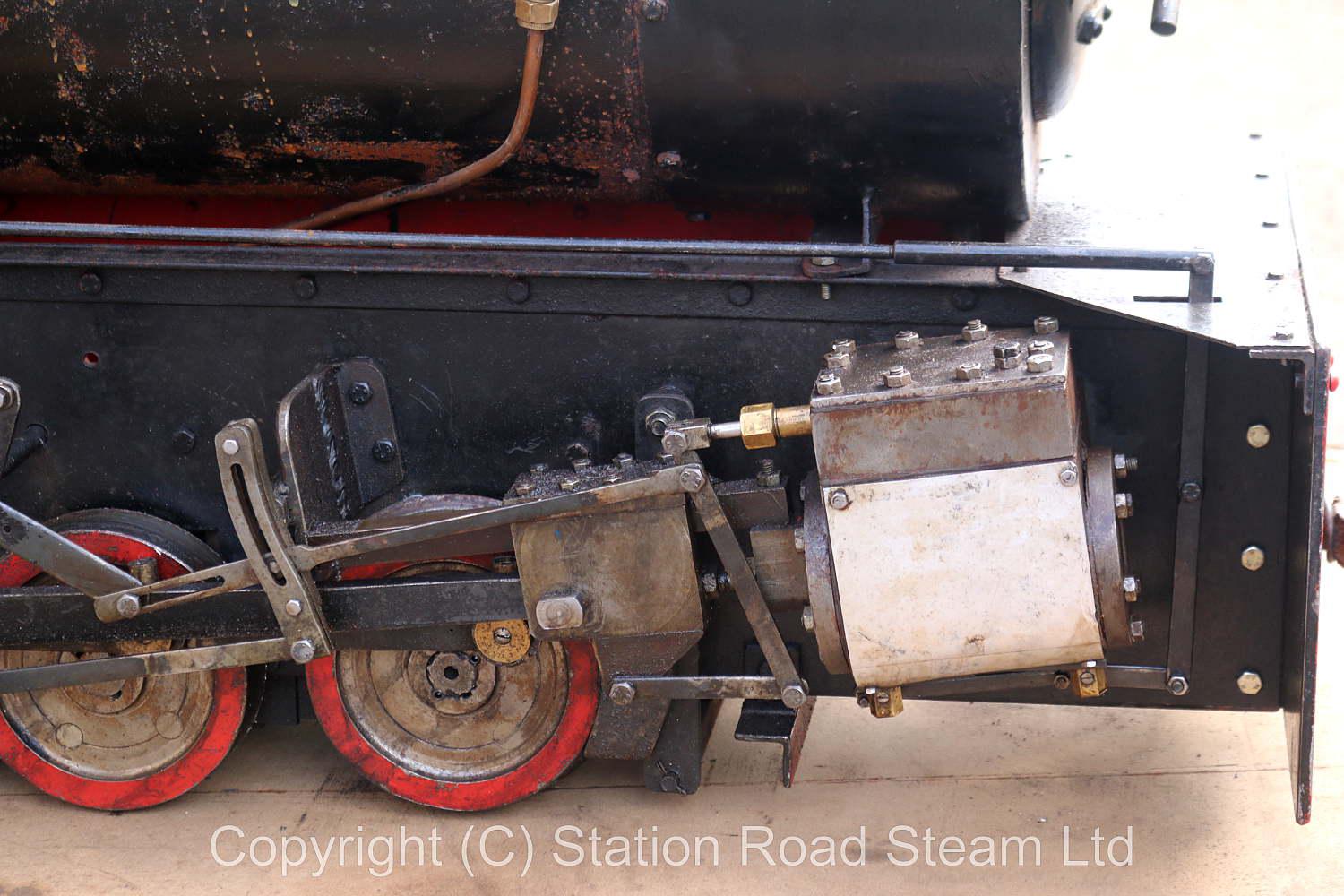 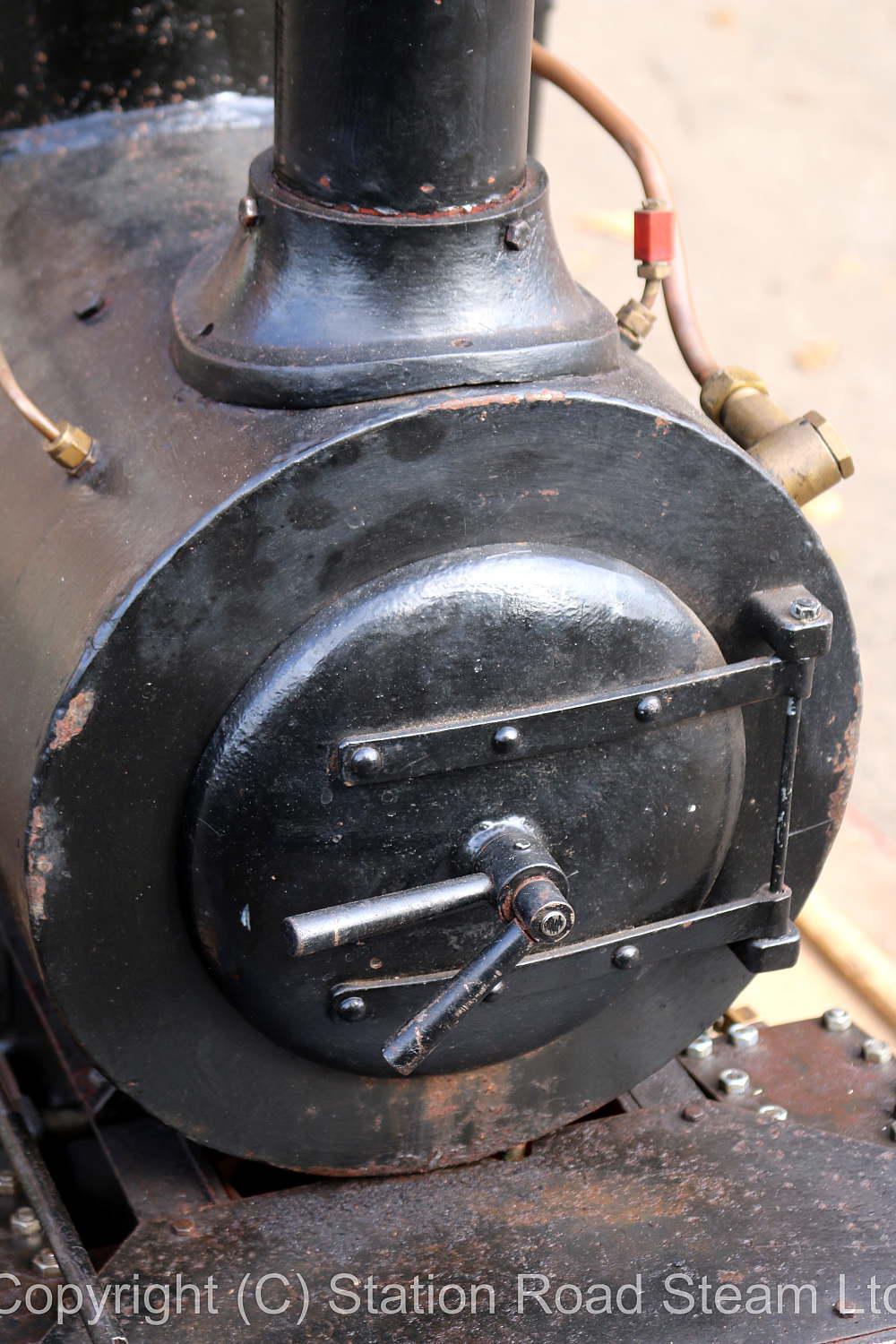 A 7 1/4 inch narrow gauge freelance 0-6-0, complete with a ride in tender. One of the late, legendary Eric Walker's creations I bought it from him new in 2006, it's been back to us a couple of times since as people have traded up - this time it's back in part exchange for one of our Staffords, last time it was for a Feldbahn.

Pictures below were taken this morning, words are from last time it was here. Other than a missing injector, it looks to be in similar mechanical order to the last time we had it.

I sold this one back in 2006 soon after it was out-shopped from the mighty Kirton Light Railway works. It went to a new home in a picturesque part of Cumbria - the intention had been to use it but the new owner's interests soon extended to 10 1/4 inch gauge, with the result it's sat in his shed for the last seven years. Recently come back as a part exchange, it's in, as far as I can see, exactly the same condition as you see in the pictures below, taken in 2006.

Completed in October 2005, this was the last engine built for the railway. Intended as a powerful shunter, it has a Sweet William-derived boiler although with a fair dash of Tinkerbell thrown in (as you might imagine).

There is a driver's truck with water tank and hand brake. Didn't get a chance to steam test this one when the boiler inspector was here on Tuesday, so it comes with his hydraulic certificate. However, steamed it down at the club yesterday - it wants a degree of fine tuning to the valves, but otherwise seemed to take off like a rocket (although that may have been more to the elan with which Alan drives).