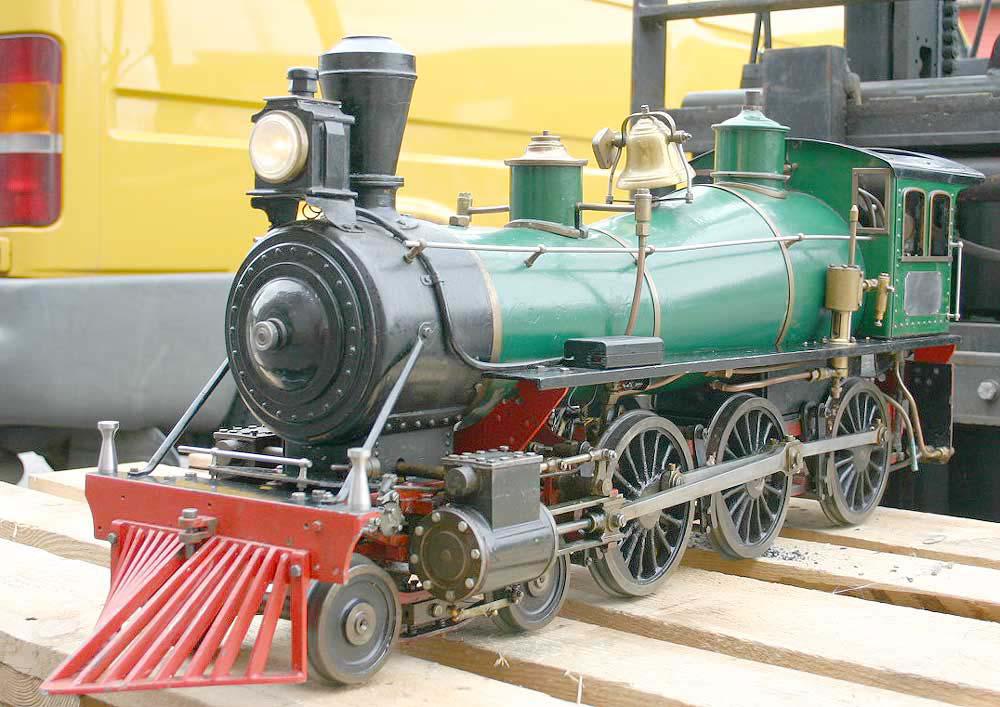 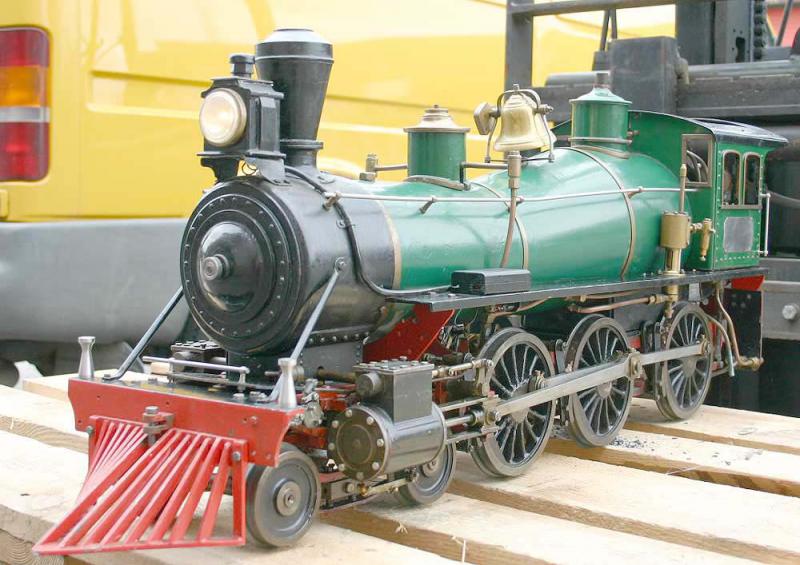 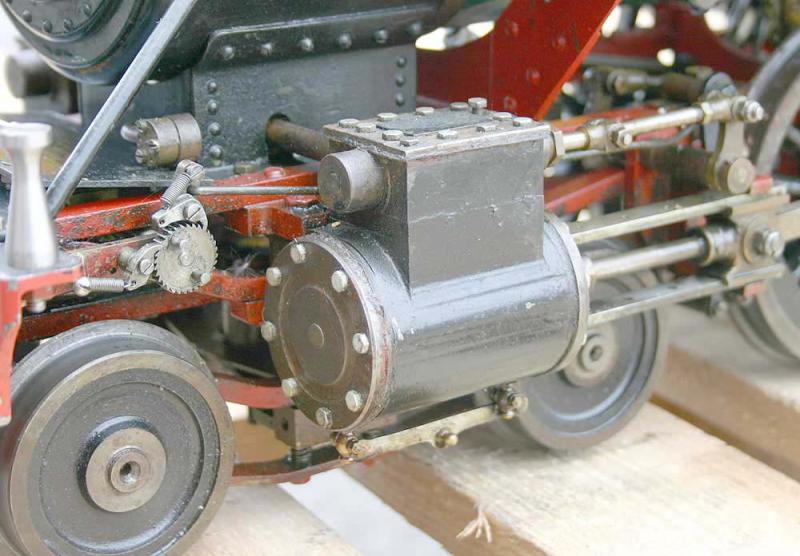 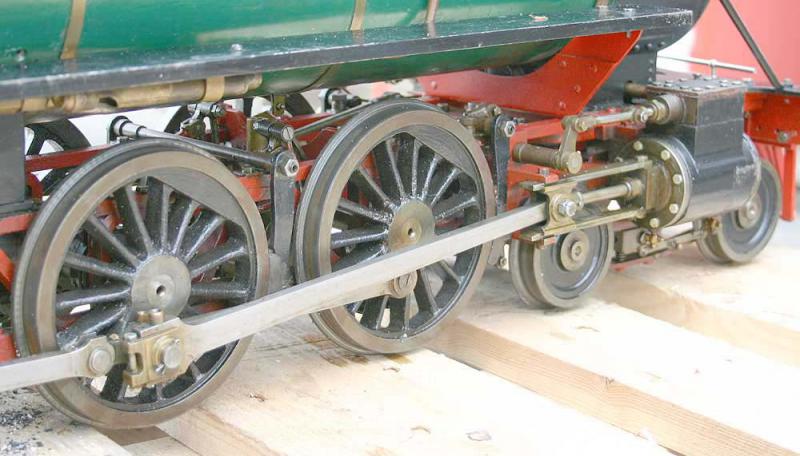 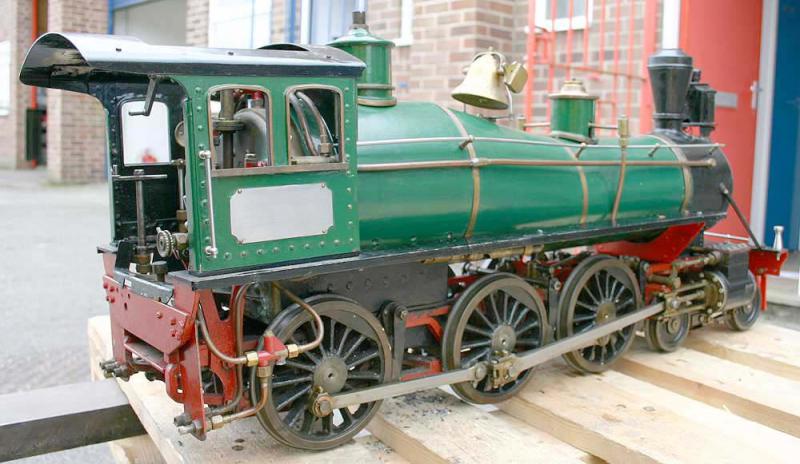 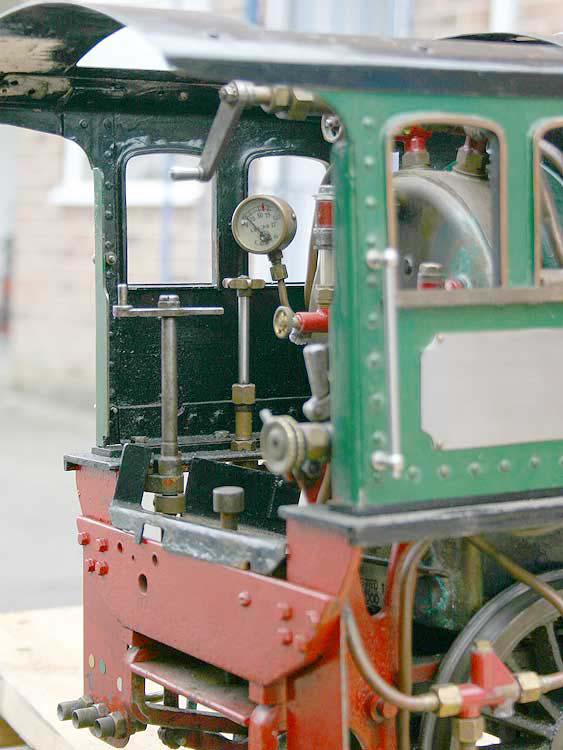 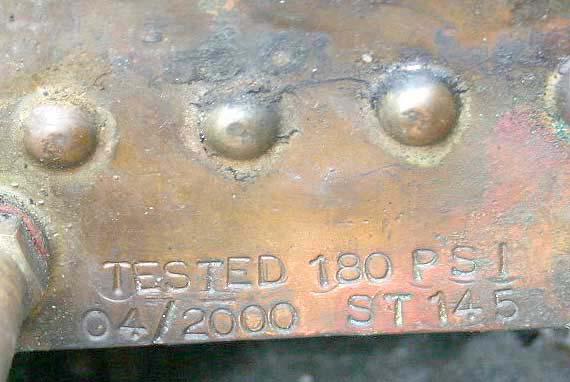 I sold this one in 2012, since when it hasn't been used. Before that, we last had it in 2005 - listing below is from then, the engine remains in substantially the same condition.

It's a bit of a sad story this one.

Last year I bought a collection of engines from a gentleman who ran a large private railway, with a comprehensive collection of rather nice engines. He had decided, well into his retirement, to have a minor thinning out of the collection, to which end I bought eight locomotives, which scarcely made a mark in his engine shed. Everything he had bought over the years was bought either for the quality of engineering or performance - often both.

This large early Amercian engine was added on almost as an afterthought. It was an old engine when he bought it, with the working pressure steadily being marked down each year in deference to the state of the boiler - it finally ended up running round at 60 pounds, at which it was still a powerful hauler according to our man. Such was his regard for the engine that, when the boiler finally gave up the ghost, he had a new professional boiler built which put the WP back up to 90psi.

When it came home (this was last year, to our old house), after a boiler test Ant and I pulled it out one afternoon and gave it a run on the track there. It went exactly as advertised - loads of go and plenty of traction with six relatively small coupled wheels on the track giving a surprising amount of acceleration away from a stand. We chugged up and down on it until dusk - really just so that we could use the headlight! I took some pictures at the time, sadly they're fallen into a black hole on the PC somewhere and I haven't been able to find them.

So far, so good, until a week before the house move when, you may remember, I was burgled one night. The only thing immediately visible in the workshop was a two inch scale traction engine due for collection the following day - everything else was crated up ready to go in the removal lorry. The traction engine disappeared in short order, the thieves then simply took a first crate they could get hold of. Now, I really have lots of reasons to be thankful - my Black 5 was in one of the crates, there was a rather fine King in another. So it could have been worse, in that the box they picked contained one large, American bogie tender. I'm sure they were disappointed when they opened it up, I'm just as sure it was dumped down the local tip the same day.

Silver-soldered copper boiler, feed by axle pump, injector and steam pump on nearside running board. Chassis is bar-frame construction, two cylinders, cab-operated drain cocks, slide valves actuated by Stephenson's valve gear, pole reverser in cab. It goes well and steams freely - if only it had a tender, it would be great!