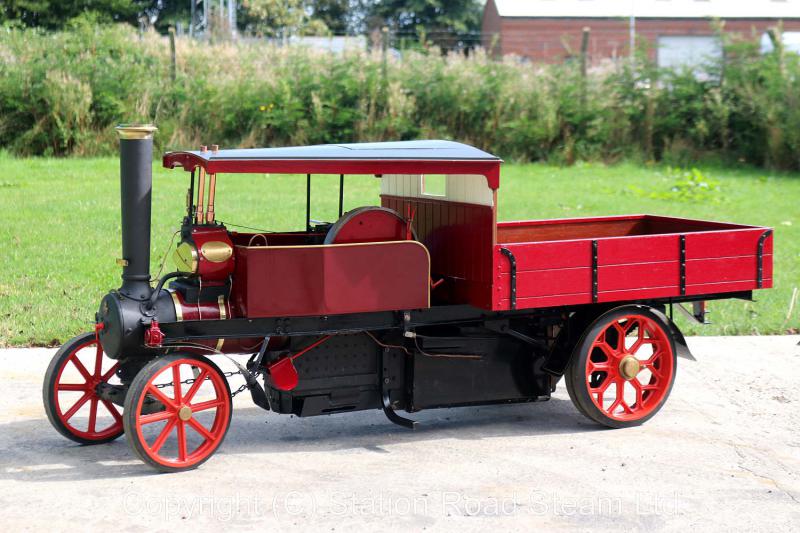 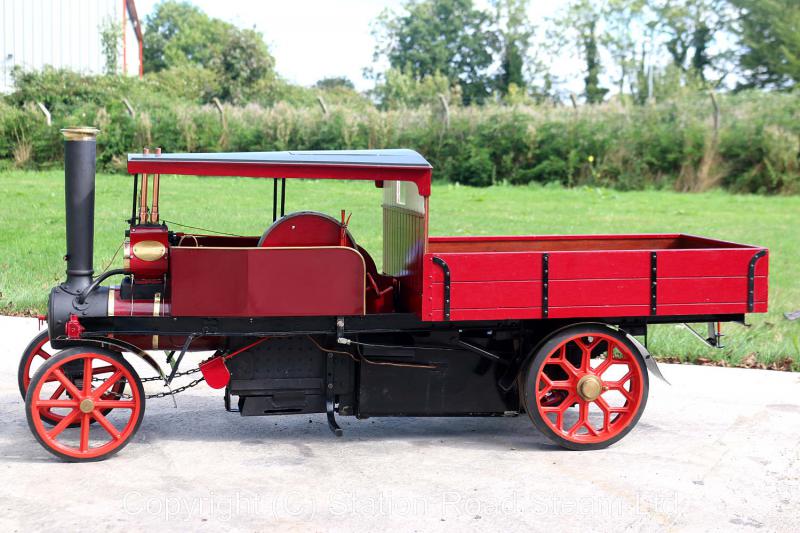 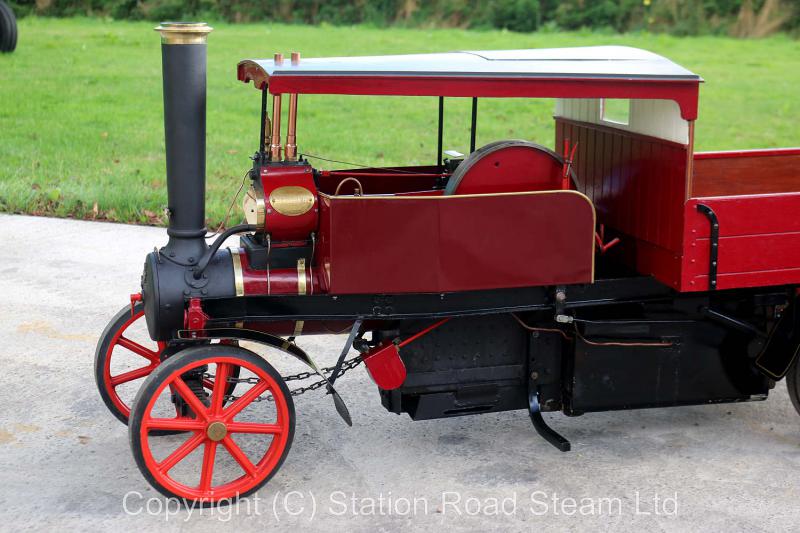 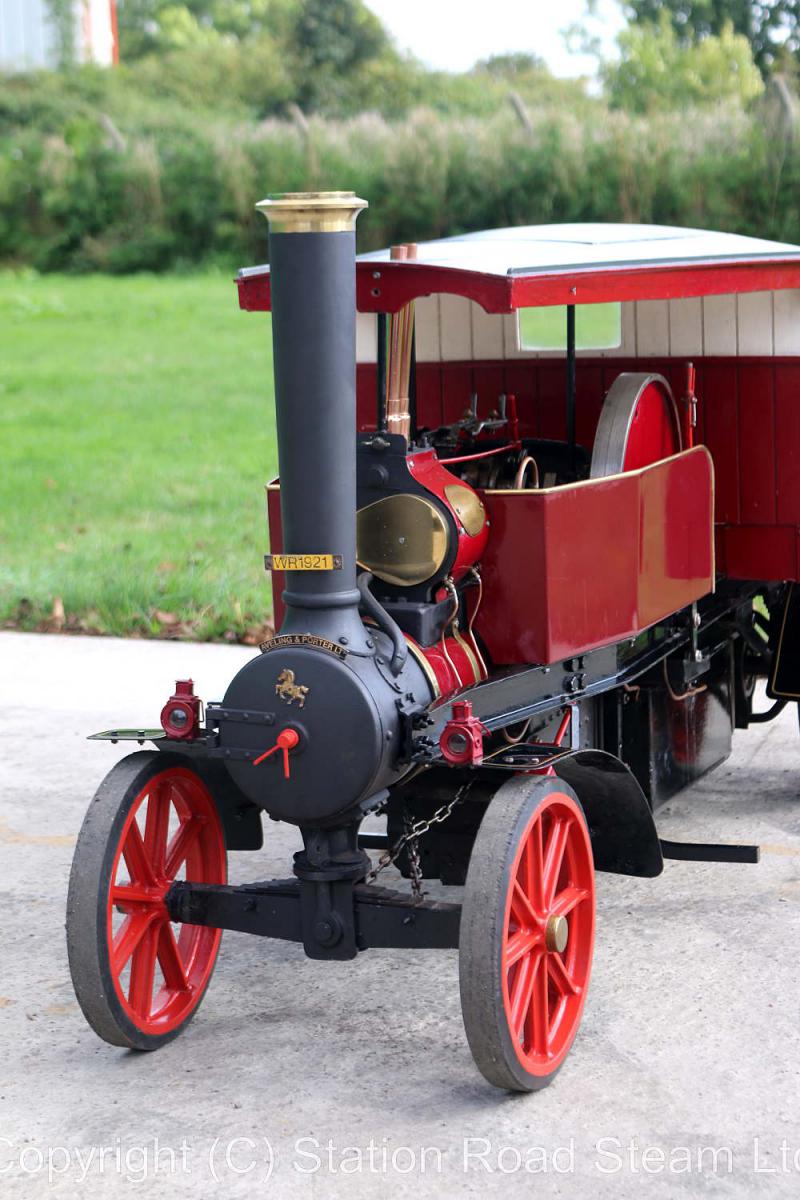 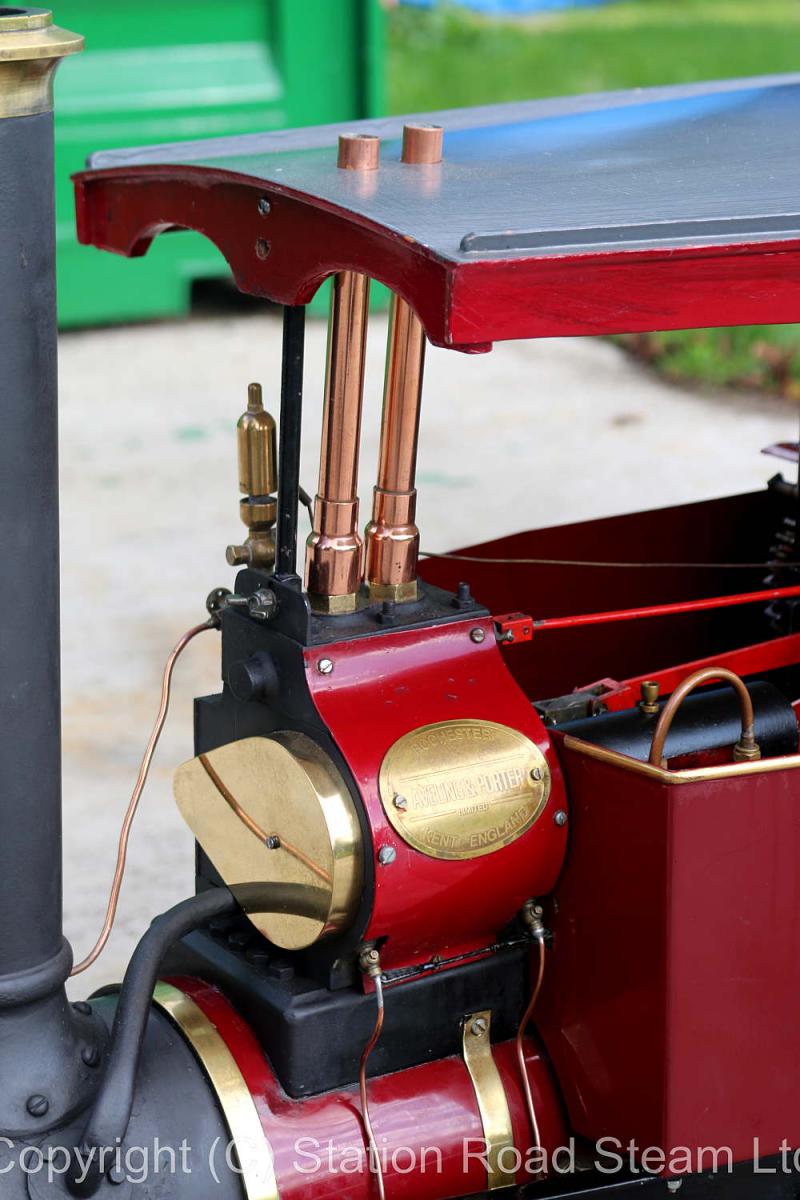 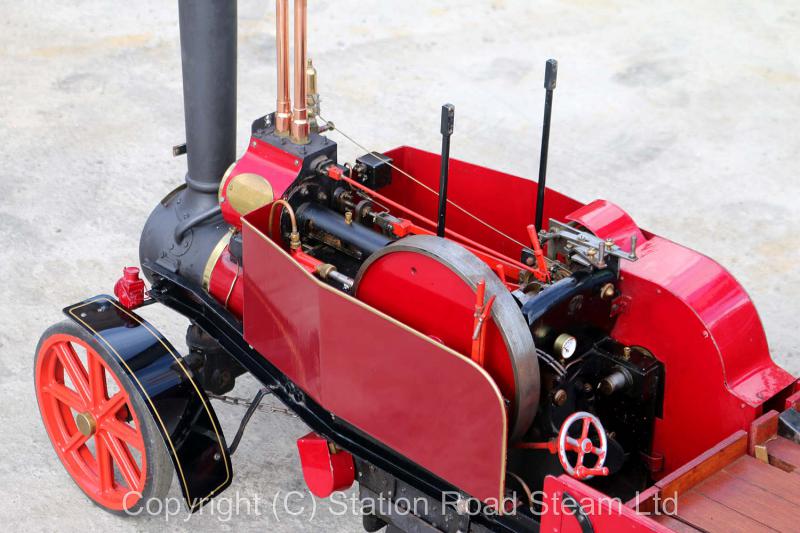 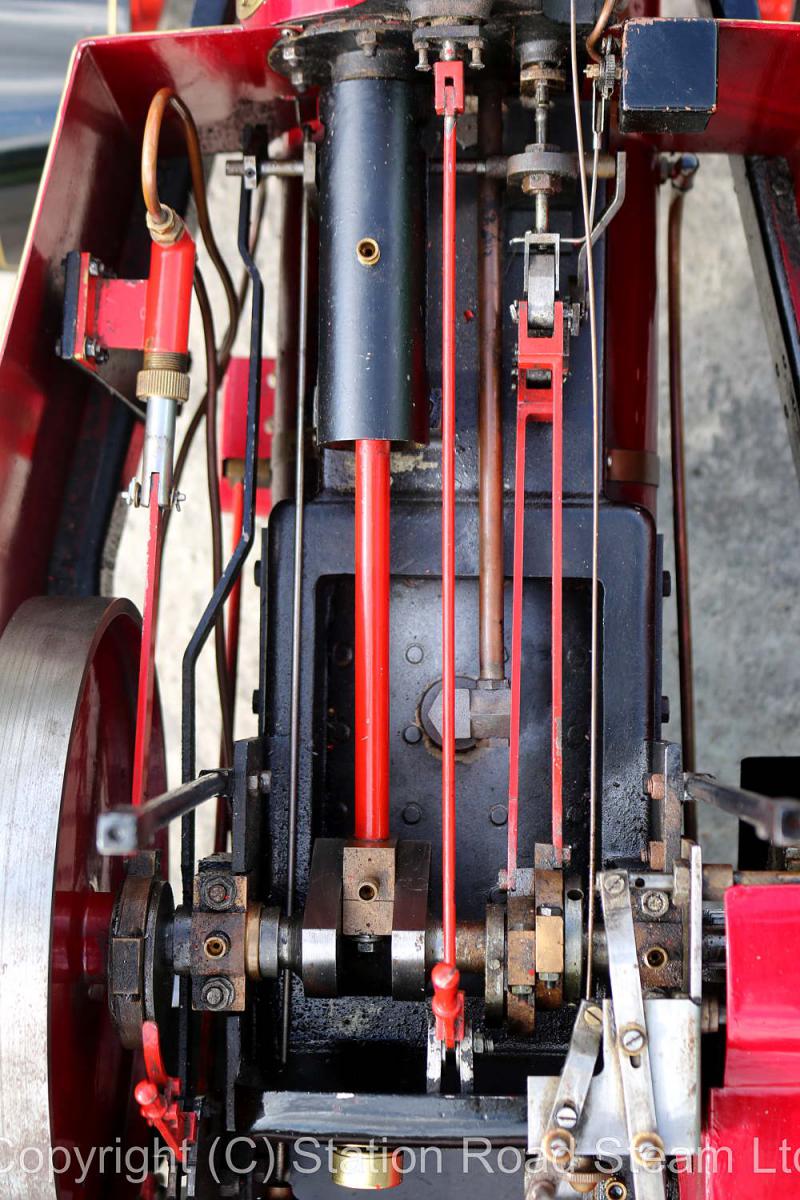 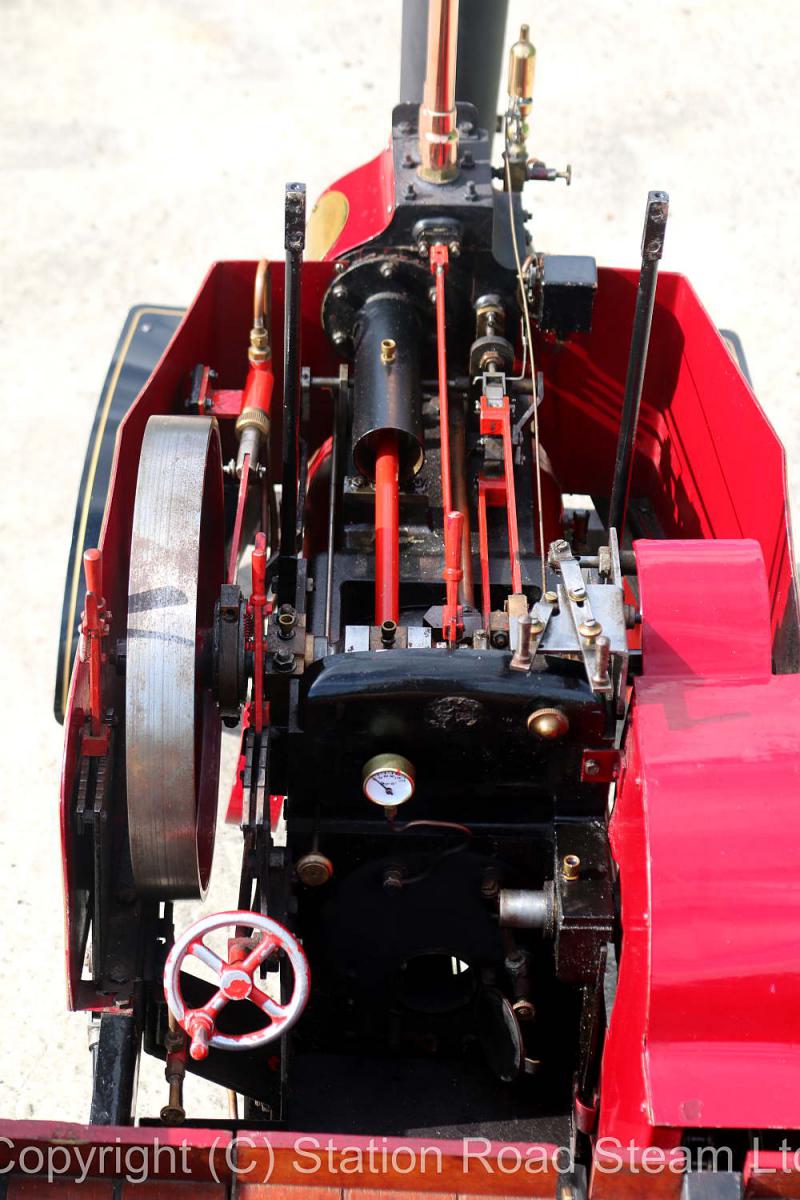 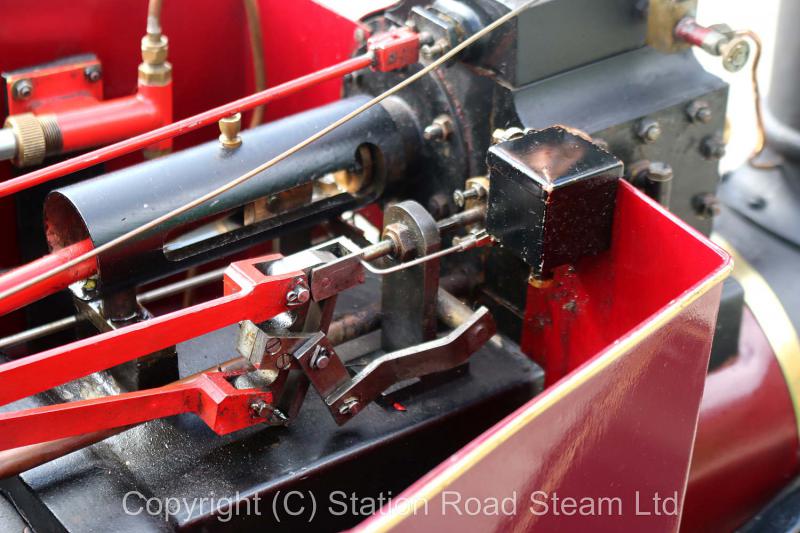 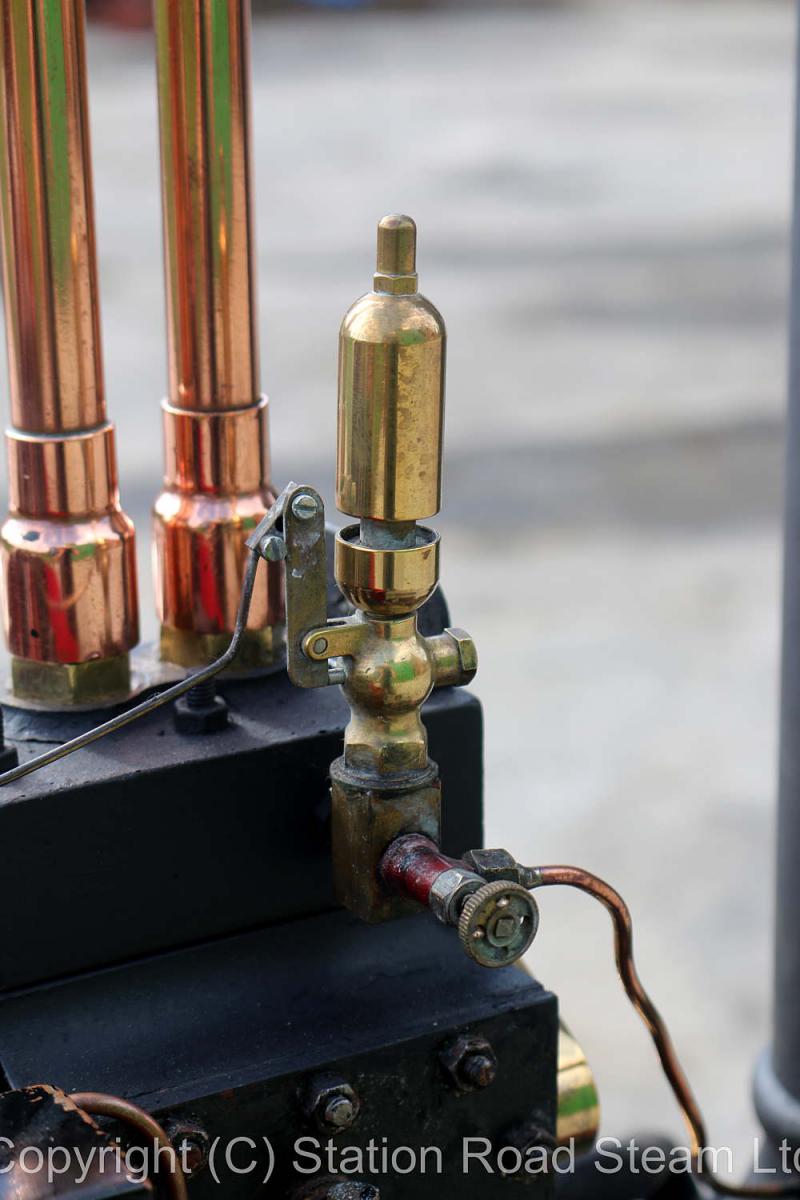 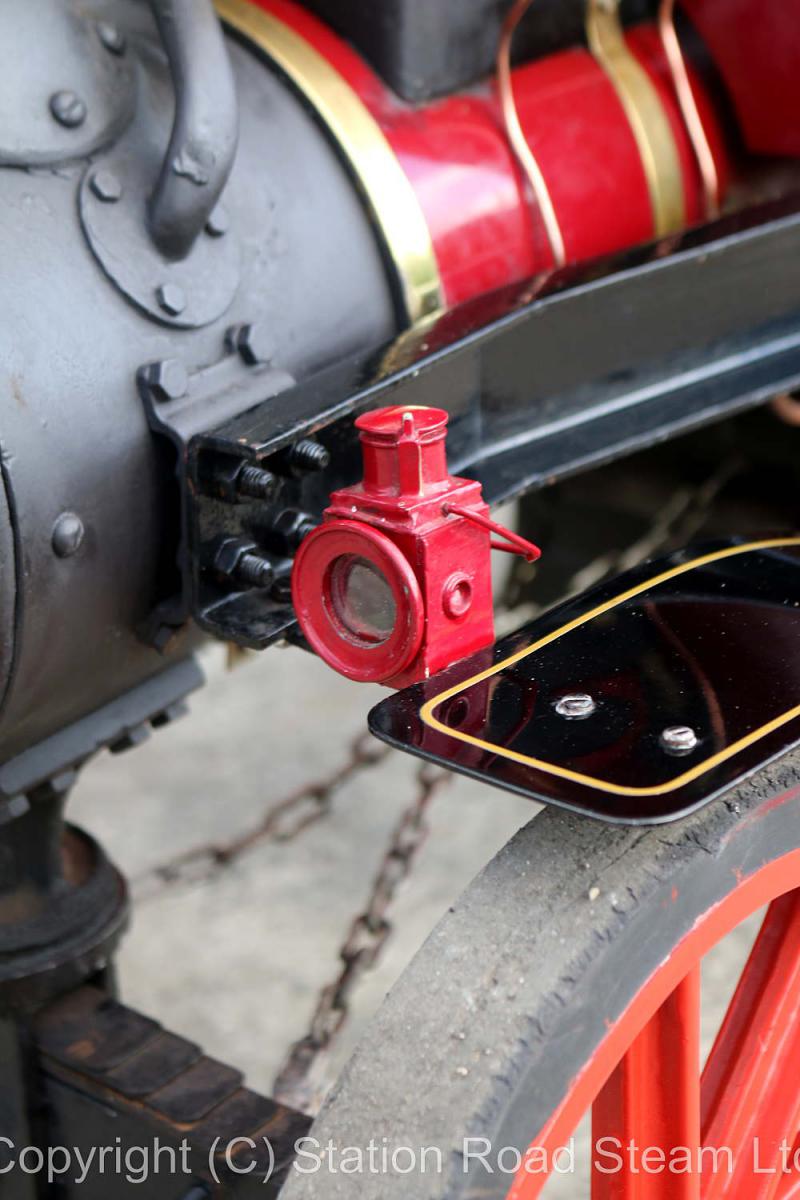 We sold this 3 inch scale Aveling steam wagon in January of last year; it went to a regular customer who has had several good traction engines and wagons from us over the years. It's recently come back along with two other engines from his collection, appearing to have had little if any use since last time it was here - photographs opposite are from last year.

A well turned out engine, built originally from a Maxitrak kit and based on their well-proven Aveling tractor components. We've had several of the tractors in over the years, free-steaming and rather rapid in high gear.

Complete with electric steam-raising blower and set of firing irons.