Sold August 2002 Back to Archive 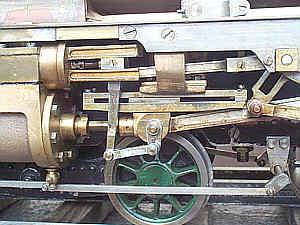 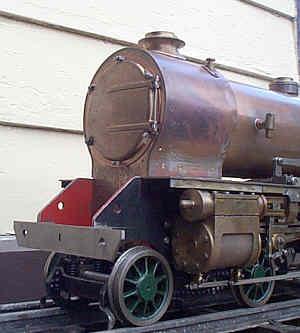 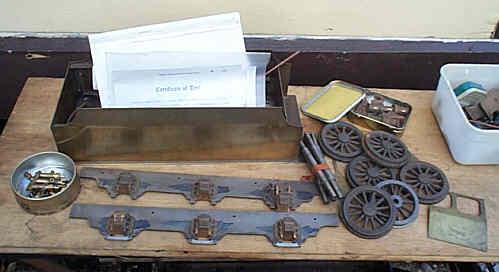 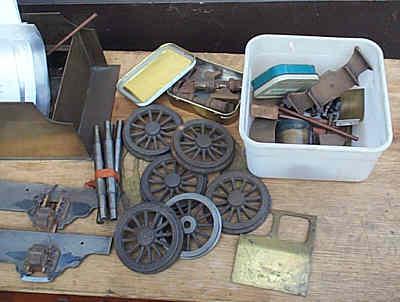 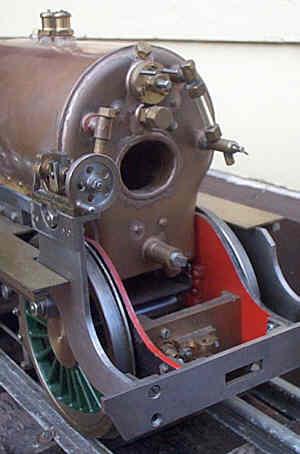 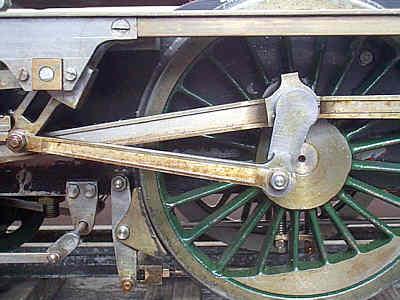 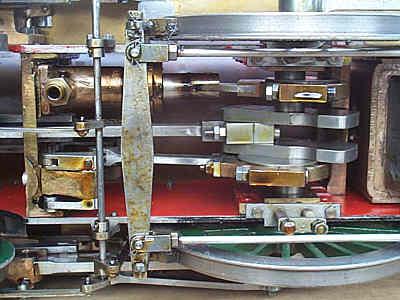 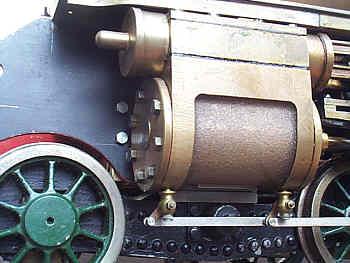 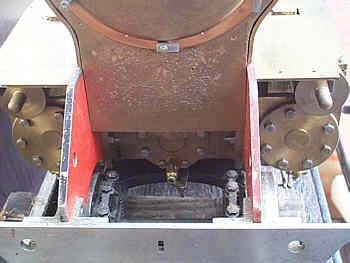 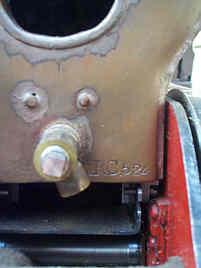 In the 1920s, the Southern Railway needed a powerful locomotive for hauling heavy trains on the steeply-graded Hastings line. Their existing 2 cylinder 4-6-0 "King Arthur" class was too large and heavy for the restricted loading gauge, so the Southern's Chief Mechanical Engineer, R.E.L.Maunsell, designed a new 4-4-0 featuring 3 cylinders to reduce wear by hammer action on the rails. Named after the great public schools of the day, the class went into history as the most powerful 4-4-0 ever to work on Britain's railways.

This is an exceptionally well made 3 1/2 inch gauge model of the engine, comprising a complete running rolling chassis featuring 3 cylinders with slide valves actuated by Walshaerts valve gear. The engine turns over very smoothly, the machining and fitting is of a very high order. The brown discolouration to the motion in the pictures is due to preservative which will wipe off with spirit. Steam brakes are fitted with the actuating cylinder just in front of the rear drag beam.

The boiler is professionally made by Chambers, silver soldered copper construction with superheater. It has the original makers double pressure hydraulic test certificate.

The tender exists as a pair of machined frames fitted with hornblocks, stays and axleboxes. Two of the six wheel castings are machined, all axles are made. The main tank is made in brass.

In addition to the above, there is a box of parts, fitting and castings including spectacle plate, one cab side, dome casting, completed steam turret, castings for steps, buffers and splashers.

This engine has been made to a high standard thus far and would require some time and very little expenditure to build into a first class model of this elegant design.