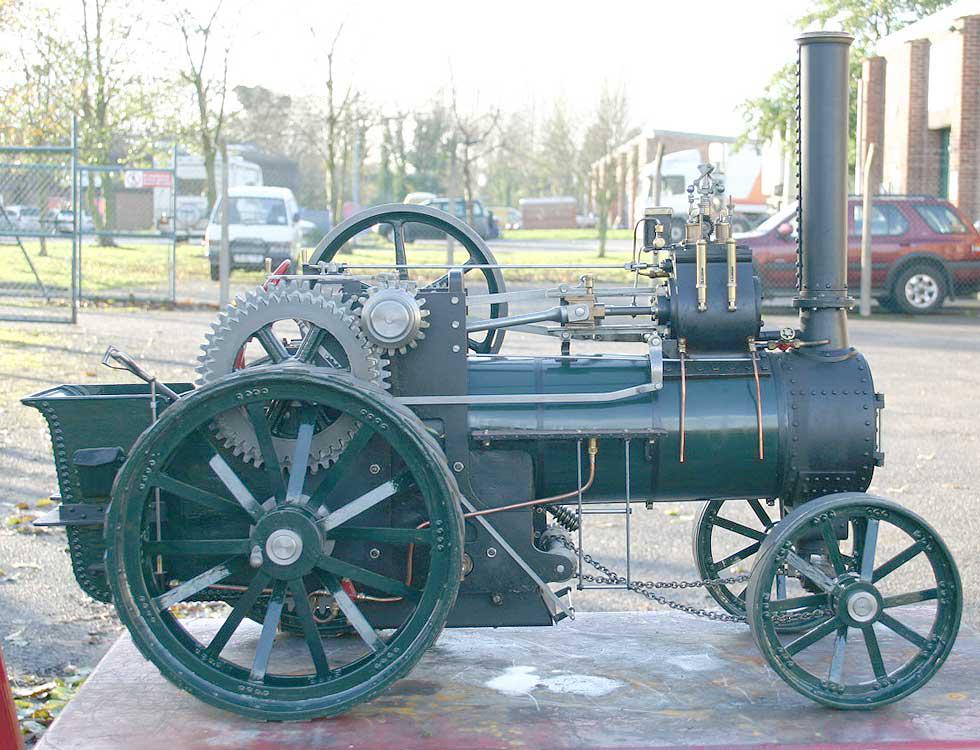 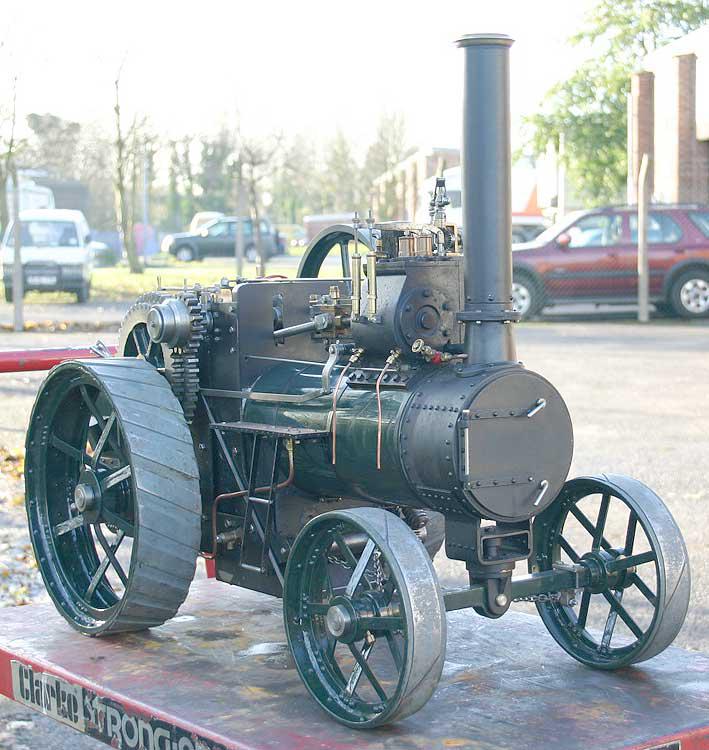 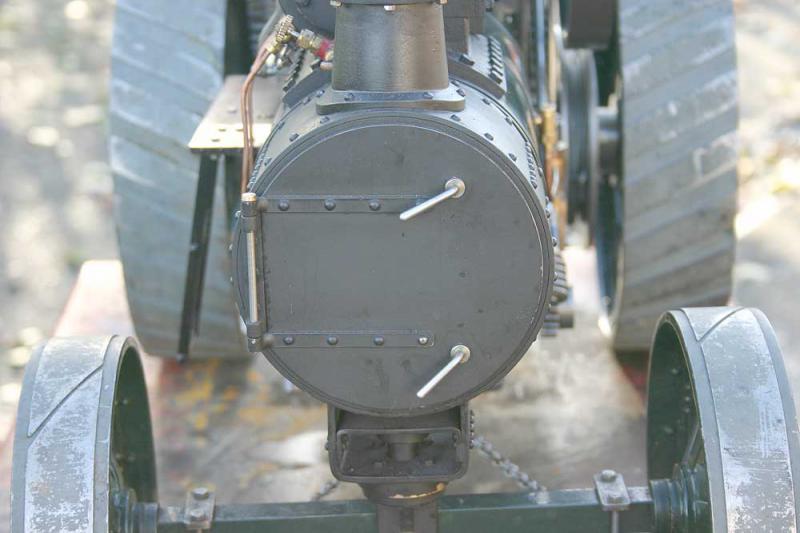 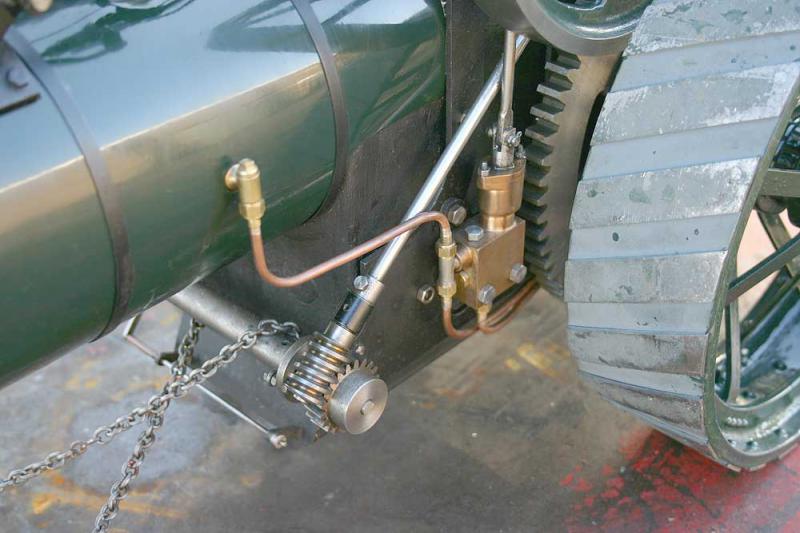 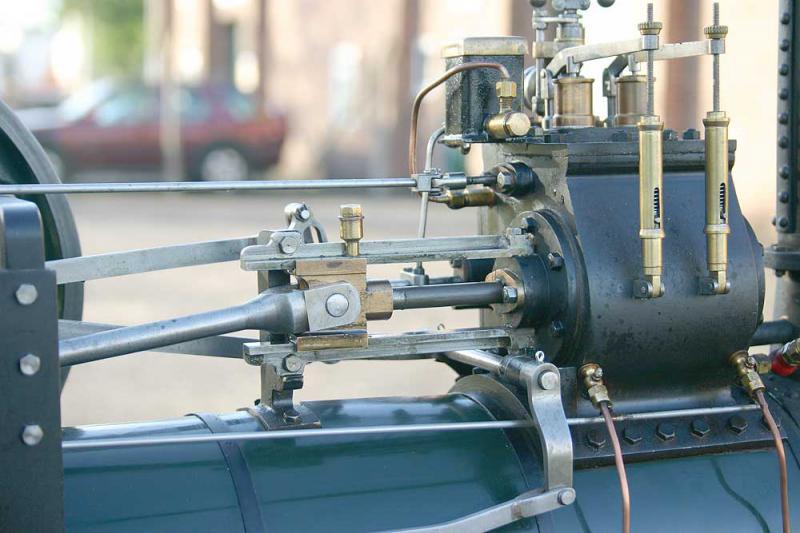 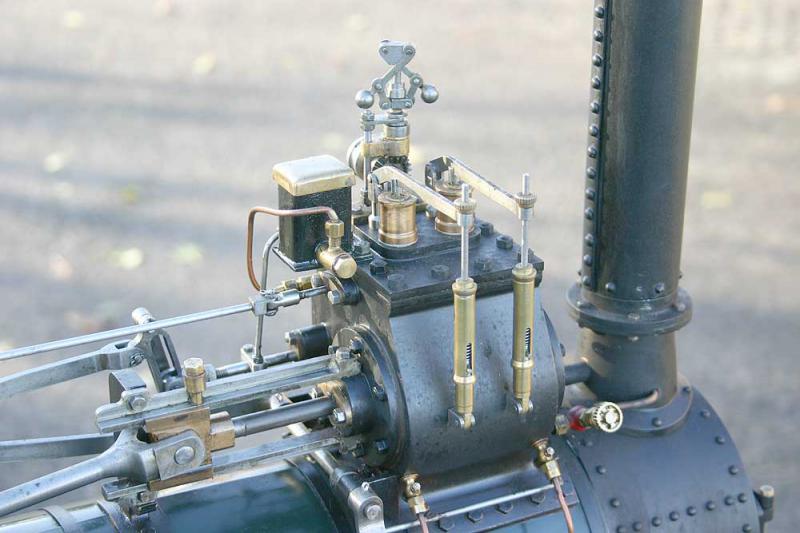 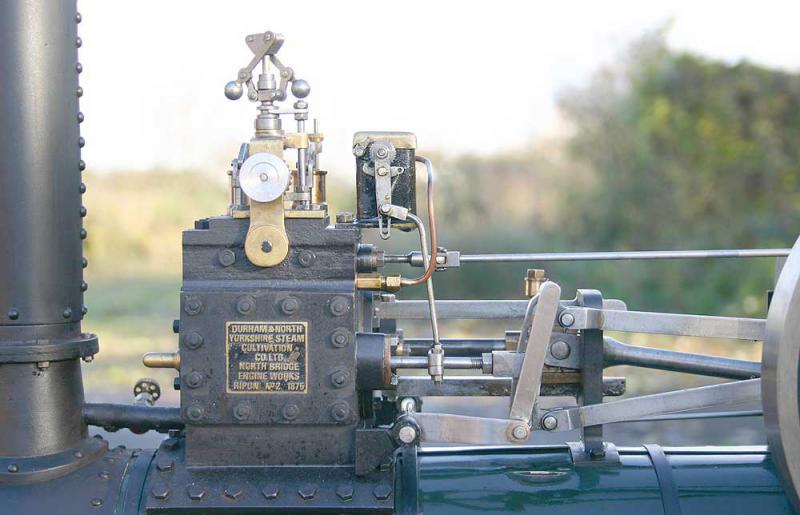 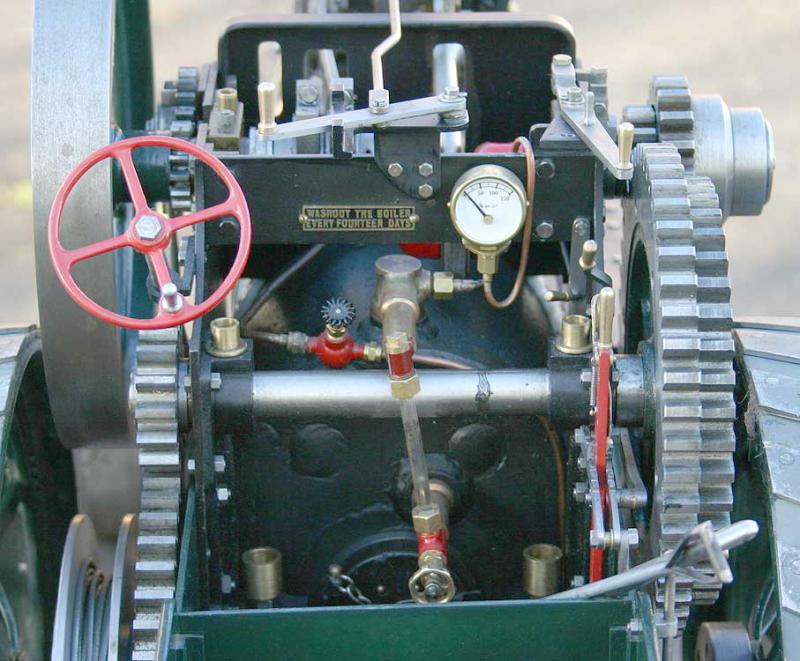 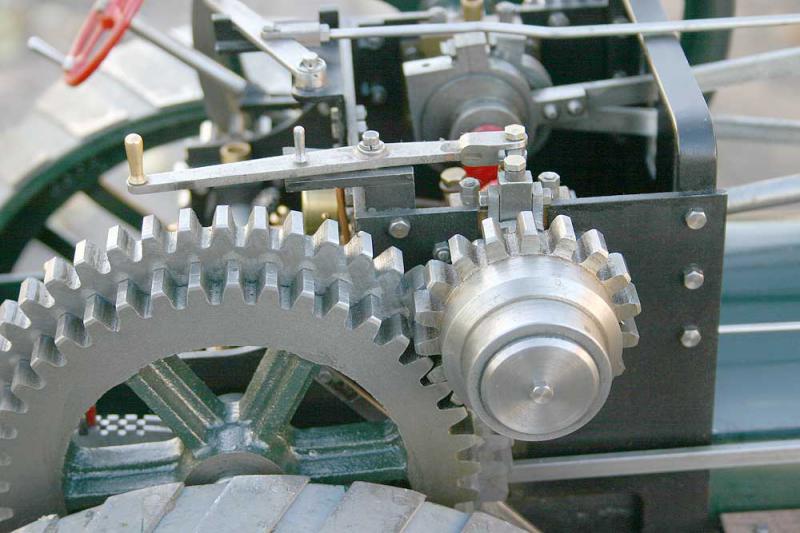 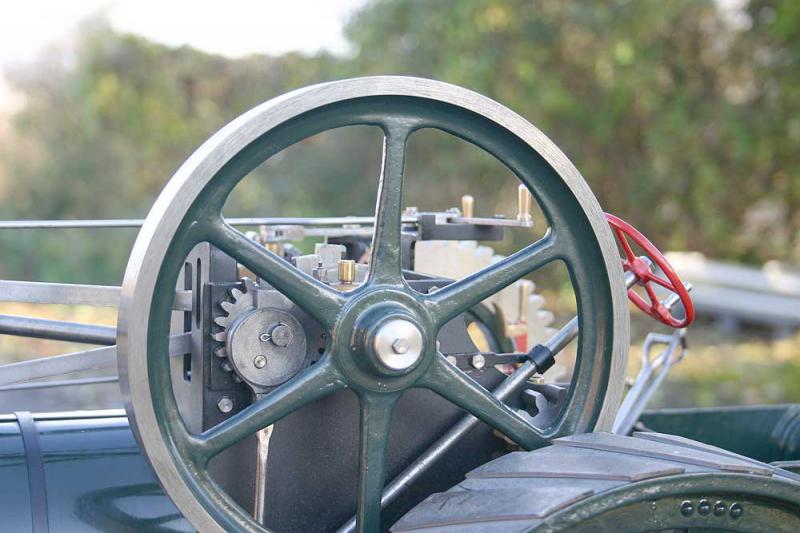 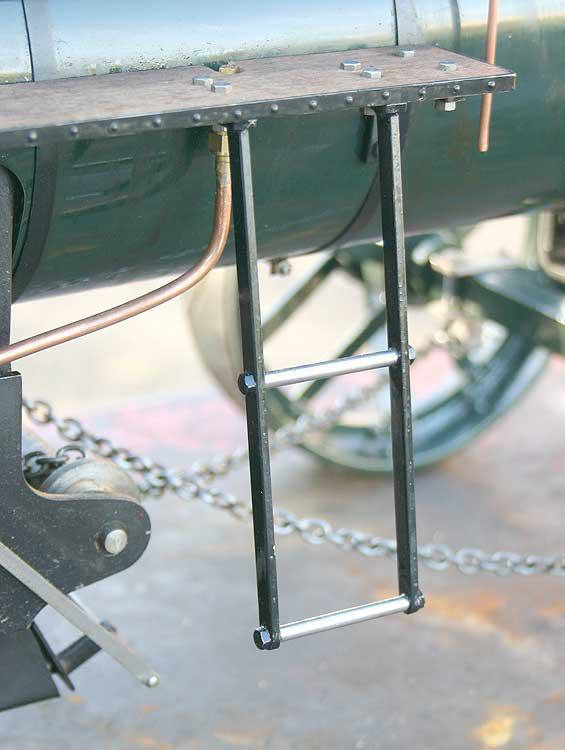 This engine is new, having been completed earlier this year and steamed once. It has a professionally-built steel boiler with expanded tubes, working pressure 80 psi. Twin dummy Salter safety valves are fitted with conventional valves beneath. Boiler feed is by injector and crankshaft-driven pump, mounted low on the nearside hornplate. Single cylinder with slide valve actuated by Stephenson's reversing gear. Drain cocks operated from footplate, mechanical lubricator for the cylinder. Three shaft transmission, all professionally-cut gears, high and low gear selection lever. Winch drum mounted behind nearside rear wheel.

Paintwork is in unlined dark green, a functional rather than show-winning livery.